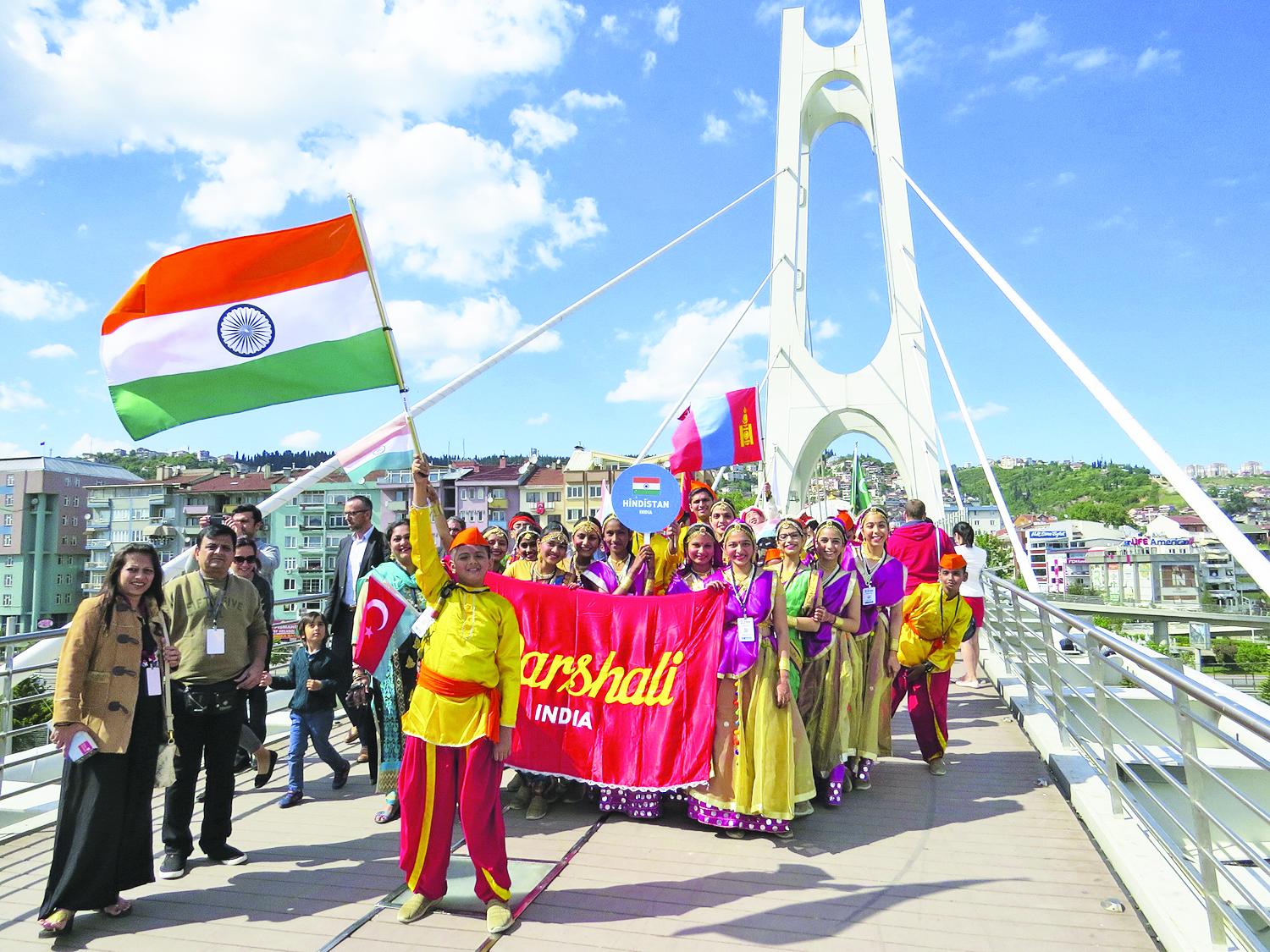 Twenty-two children of Activity High School leant the real essence of ‘Unity in Diversity’ by grabbing the opportunity to perform at the International Folk Festival in Turkey. With over thirty counties participating in showcasing their authentic folk dances, the children from Activity School were proud representatives of Team India.

The event that took place from the 19th till the 27th of March 2016, the children performed Maharashtrian, Gujarati, South Indian and Rajasthani folk dances to display our diverse culture at various Turkish institutions, schools hospitals, the Science Centre, and even at the Montessori for the Grand Finale. They performed in front of the Turkish Governor, Mayor, Cultural Minister and all Turkish departmental heads as well as students from all over the globe. Mentored by their dynamic principal Perin Bagli and choreographed by school teachers, Hetal Karmakar and Mr.Sandeep Mankodi, the children put forth a spectacular show.

Not only did they receive great praise for their performances but they also witnessed 30 other countries perform their authentic folk dances. The entire extravaganza turned out to be nothing short of a golden opportunity for the students to showcase India’s beautiful folk dances on a global platform.