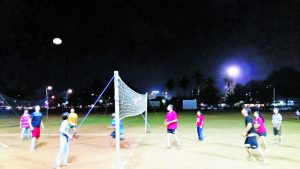 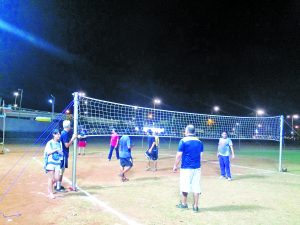 In keeping with its abiding policy of promoting and propagating sports at all levels and across all age groups, Parsee Gymkhana (Marine Lines) organized Volleyball matches under floodlights on 7th May. The result of an initiative by Mehernosh Chhor and Vafadar Irani, the event saw the participation of players of all ages.

Talented youngsters like Sunny Patel and Ruzan Gandhi rubbed shoulders with veterans such as the 74-year-old Noshir Mithaiwala of Marzban Colony, Gilder Lane. Old timers would fondly recall the intense volleyball rivalry in the 60s and 70s between Marzban Colony and Gamadia Colony, when both teams would unfailingly battle it out for top honours. Watched by over 200 members and their guests, the fun-filled three-hour contest was followed by dinner.