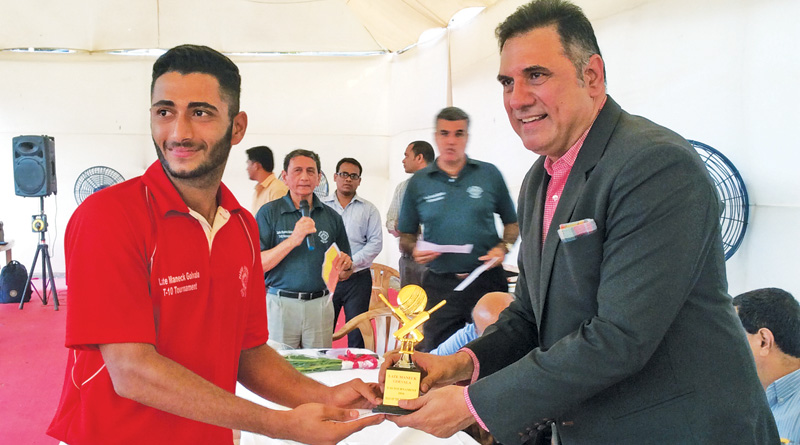 The young Parsi cricket prodigy from Gujarat, Arzan Nagwaswalla, has been widely commended for his exceptional talent, as he plays the game at the District and State levels in the Under-16 and Under-19 categories.  Arzan’s passion for this game sees him putting in the hard work and the long hours needed to attain the achievements and success as his. PT Sports Media Specialist, Binaisha M. Surti catches up with the young pro and shares inspiring insights.

Just like most youngsters, 18-year-old Arzan also developed an interest in cricket during his formative years. Living in a quaint village called Nargol did not deter his spirit of reaching the summit and playing for Gujarat. He realised that he was good at the sport and believed that this was the path he should pursue. Due to the lack of professional facilities, the young cricketers here take it upon themselves to roll the wickets, put up the nets and practice. This is how they build their game. Since childhood, Arzan has been raptly watching the sport and learning from his observations.

He dedicates his success to coach Kiran Tandel, who has always guided him. Arzan is a medium pace bowler who can score handy runs, lower down the order. Speaking of his journey, he stated that he got selected at the District level, performed well and advanced to the State level. Having played in the Under-16 and Under-19 categories for Gujarat, Arzan said, “It felt like a dream come true”.

“The most memorable game I’ve played till date was the finals of the ‘Late Maneck Golvala T10 Cricket Tournament’ that took place at the Parsee Gymkhana grounds earlier in March.” During this game, he scored a brilliant 68 runs and picked up 4 wickets in 2 overs, giving away just 3 runs. He won multiple awards for ‘Best Batsman’, ‘Best Bowler’ and ‘Man of the Tournament’. Trying hard to hide his child-like happiness when asked about the special moment on being awarded at the T10 Cricket Tournament by Boman Irani, he said, “I’m going to frame that picture in my house and will cherish this moment all my life”.

His family has been his biggest support system – his brother Vispi taught him how to bowl. The younger of the two, Arzan strives to improve his game every day. He emulates his role model, Wasim Akram’s bowling tactics on the field and wishes to meet him someday.

Talking about his favourite format, Arzan says, “I like Test Cricket as it challenges the stamina and fitness of a player.”

Here on, Arzan looks to play in the Ranji Trophy for Gujarat, then try his luck in the IPL and dreams of wearing the blue jersey, doing Team India proud! We wish him the best!