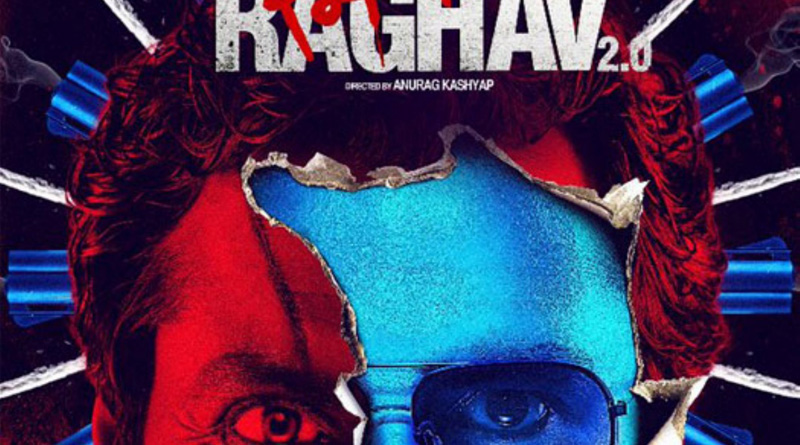 Though the film is peppered with piquant humour, the wittiest portion of the film is before it even begins. After proffering the viewer copious information and statistics on Raman Raghav, the serial killer of the 60s, comes the audacious disclaimer – ‘This film is not about
him’. But let that not be a criterion of the film’s worth.

Inspired by the notoriously deranged RR, who was convicted of brutally killing 41 people, our Raman (Nawazuddin Siddiqui) is as depraved as he is dauntless. Divided into eight chapters – each caper obliquely spilling over into the next – the film, set in the present day, charts the obsession of the debased Raman unfrenziedly stalking the drug-addicted police detective ACP Raghav (Vicky Kaushal).
There are similarities between the real and reel incidents: Both were scavengers and had used heavy stones for their dastardly deeds, both assaulted their sisters and both were initially released by the police due to their garrulous bearing. The parallelism perhaps ends there. While the former had targeted pavements dwellers, Raman is not so selective about his victims. Raman, in his cardinal quest, lets nothing and nobody stand in his way even if he happens to be a six-year-old.
With a peerless performance as the unrepentant and maniacal psychopath, this is Nawazuddin Siddiqui’s film all the way and it is difficult to imagine anybody else filling his shoes. Vicky Kaushal as the depraved and sadistic Raghav, and Sobhita Dhulpula in her debut as Simmy, Raghav’s live-in girlfriend, impress.
Though at times the script threatens to meander, Kashyap’s direction along with real-life locations, are spot-on. Ram Sampath’s background score is arresting and succeeds in taking the film forward at a racy pace.