The problem of constipation is representative of a disturbing trend in the country, as about 14 per cent of India’s urban population suffers from chronic bowel movement. It affects almost 2 per cent of the population globally. It is more common amongst females. Let us know more about this common gastrointestinal problem, its causes and treatment.

A large number of people wrongly believe themselves to be suffering from constipation if they do not get a bowel movement every day. The medical understanding of the disorder is, however, slightly different from this. Having less than three bowel movements a week is termed as constipation. In addition, having hard stools or requiring straining at stools for a long time also constitutes constipation.

Many of the common foods in a typical Parsi diet can lead to constipation. For example, Parsis like non-vegetarian foods that are often found hard to be digested and can cause constipation. Though it is unusual for any one specific food to cause constipation, what is important is to have fiber rich diet. However, most Parsis get only half the amount of daily fiber requirement. Homeopathy can provide effective treatment for constipation, one that is safe yet non habit-forming.

Common Triggers Of Constipation
Constipation, in most cases, is an outcome of faulty eating habits and lack of exercise. Some of the common triggers include: 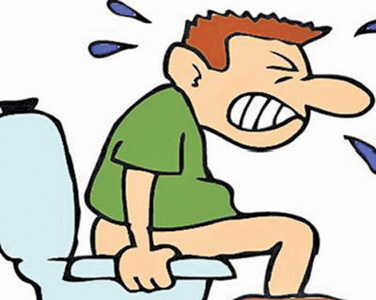 In case of constipation in children, the following must be considered:

Some rare causes of constipation include tumor of the bowels, lead poisoning, lactose intolerance and spinal cord injury that has damaged the nerves that reach the intestines.

Know When You Need Medical Attention
Some symptoms that you must watch out for and report to the doctor at the earliest are:
• Rectal bleeding
• Severe abdominal pain
• Nausea and vomiting
• Fever
• Loss of weight.

The goodness of homeopathy lies in the fact that the medicines are safe and non habit-forming, unlike laxatives. Homeopathy gently brings the functionality of bowels back to normal. This helps in regularization of bowel movement and formation of stools of normal consistency. After starting homeopathy treatment, most patients can reduce their dependency on the laxatives, purgatives, and cathartics successfully.