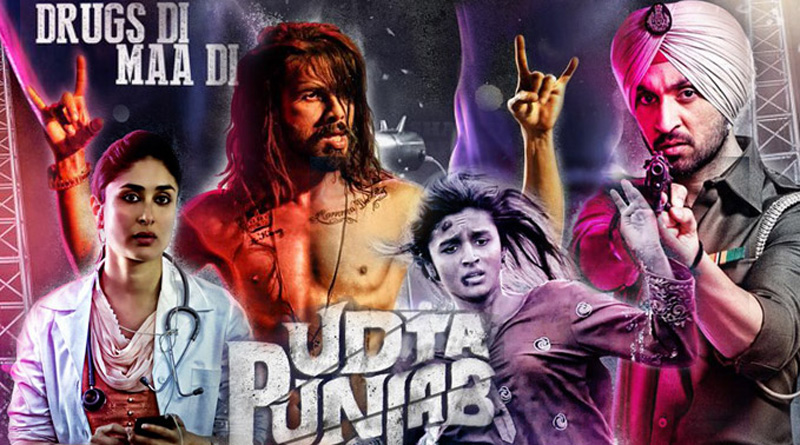 Recipe for a successful film: take a controversial subject—ensure the outdoor location is a porous state of India—sign a rockstar hero (the shorter the better) — add a diva – X, Y or Z, preferably an ex (doesn’t matter if they do not have scenes together)—sprinkle liberally coloured powder (no kitchen condiments please)—add one more female protagonist­—bring to a boil—supplement it all with a generous dose of cuss words in almost every line of dialogue and lyrics (thus ensuring you get an ‘A’ certificate) — remind the production manager to keep a toilet on the sets, or else, audience will do (doesn’t matter if the scene is clipped)—ensure adequate controversy erupts— let is simmer for two-and-half hours. Voila, you have it ! Serves 26—1 chairperson and 25 other members.

Disclaimer—the above formula does not necessarily guarantee success.

Still need to go through the review ? Then read on—Tommy Singh (Shahid Kapoor) is a rockstar whose carrier is at a low but who’s high on drugs. Kumari Pinky (Alia Bhatt) is a migrant labourer from Bihar who chances to find 3 kg of ‘the white substance’. She happens to be at the wrong place at the wrong time, but to the right people the stuff if worth a crore. Dr.Preet Sahani (Kareen Kapoor) specializes in rehab and distributes drug awareness pamphlets in her spare time. Rounding off the cast is ASI Sartaj Singh (Diljit Dosanjh) whose kid brother has fallen prey to drug abuse.

The profound gives way to the profane as Chaubey depicts the carnal instincts of Pinky’s depraved captors and matricidal youth incarcerated in jail. A reasonably watchable first half gives way to a clichéd second half with Tommy’s transformation and Sahani’s half- baked romance with Sartaj Singh. The filmmakers had the courage to show politicians buying votes by doling out drugs.

In a deglamorised role, Alia Bhatt gives a standout performance as the itinerary labourer who gets sucked in the whirlpool of the drug cartels. Diljit Dosanjh, in his Bollywood debut, as the cop who is forced to be on the take, underplays his role to perfection.

Despite the numerous disclaimers in place, no rating system can really make sense of such a film. This film is for you if wanted to enrich your vocabulary or were blissfully unaware that the land of five rivers was a free-flowing haven for drugs.