Celebrating The Spirit Of The Zoroastrian Woman

In continuation of our ‘Daughters Of Mashyani’ series, which celebrates twenty distinguished Zoroastrian ladies who made a huge impact on our community and society, this week, Parsi Times brings you Lady Hirabai Cowasjee Jehangir whose contribution to the field of education and arts, is par excellence.

Lady Hirabai Cowasjee Jehangir was a descendent of Seth Hormusji Wadia who started the Bombay Parsi Panchayet Funds and Properties in 1823. She became a Trustee in 1946, serving for thirty years, after being elected uncontested, to take over from Lady Navajbai Ratan Tata, the first lady to become a Trustee in 1935. In 1974, Hirabai became the first woman to Chair the Panchayet. 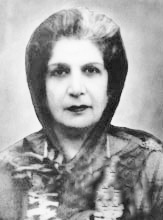 Born into the affluent and illustrious Wadia family, Hirabai grew up in the lap of luxury. Her marriage to Cowasjee Jehangir, scion of the rich Readymoney family, only added to her charmed life. She couldhave whiled away her time in leisurely pursuits with great ease, as in those days women of hersocial class were not expected to be more than decorative and docile accessories. Hirabai chose instead to do something for the betterment of the community, working not only for the welfare of Zarathushtis but also underprivileged Gujaratis and Maharashtrians. She set up a team of dedicated assistants who worked to improvethe conditions of World War II widows, and served as Chairperson onseveral committees managing housing, education and health. She was sought to counsel in domestic disputes!

As a Panchayet Trustee, she appointed committees to visit different housing colonies to ensure that the housing, monetary and social conditions ofthe residents were met. She started nursery schools in colonies and paid special attention to the housing needs of young, engaged couples who could not get married because they had nowhere to stay. Besides her devotion to community service, Hirabai was a shrewd and efficient entrepreneur. When she took over the Godrej Printing Press, it was running at a loss, but she soon turned it into a profitable venture. To encourage young Zarathushtis looking for careers in printing, she starteda scheme of giving substantial stipends to them.