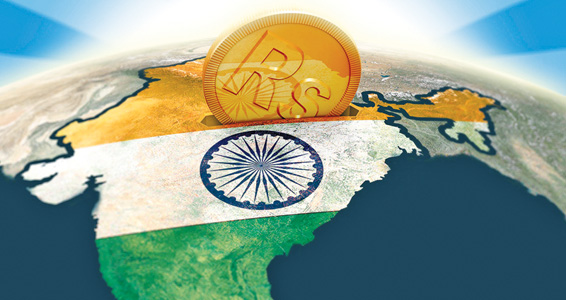 I had earlier articulated the reasons for introspecting as an investor. In this article, I digress a bit from the usual investment gyaan and showcase how fortunate we are for investing in our own country! Why is it that every tycoon wants to own a piece of India? India boasts of being the world’s fastest-growing economy and the planet’s biggest population of the millennium. We are the envy of economic titans like America and China, where one is struggling to grow half as fast as us and the latter is binging on piles of bad debts which are a ticking time bomb.

India enjoys the best demography compared to any other nation. Two-thirds of Indians are below the age of 35, unlike China. You can see why the likes of Facebook, Uber, Alibaba, Amazon and Google are falling over themselves to establish footholds here. Wouldn’t you, as an outsider, be lured if you knew that India is the world’s fastest growing e-commerce? Every second three more Indians experience the internet for the first time. By 2030 more than a billion of us will be online!

International Monetary Fund quotes, “India is the bright spot in the global landscape”. Amongst the BRICS nations, Brazil is in entangled in corruption, Russia is bearing the brunt of low crude prices, China is slowing down due to artificial spending with borrowed money, and South Africa’s economy is contracting… but India shows the highest GDP growth rate.

India has become a giant whose every step will leave indelible footmarks. So stay invested in your country when investors from all over the world are jostling for a market share to get a piece of the lucrative pie – our own India.

Mehran Felfali
Owner of investment and consultancy firm –
‘Ethix’ is open to answering any relevant queries on handling your finances.
Mail him at: mehran@ethix.net.in
or visit his website on www.ethix.net.in

Owner of investment and consultancy firm – ‘Ethix’ is open to answering any relevant queries on handling your finances. Mail him at: mehran@ethix.net.in or visit his website on www.ethix.net.in View all posts by Mehran Felfali →