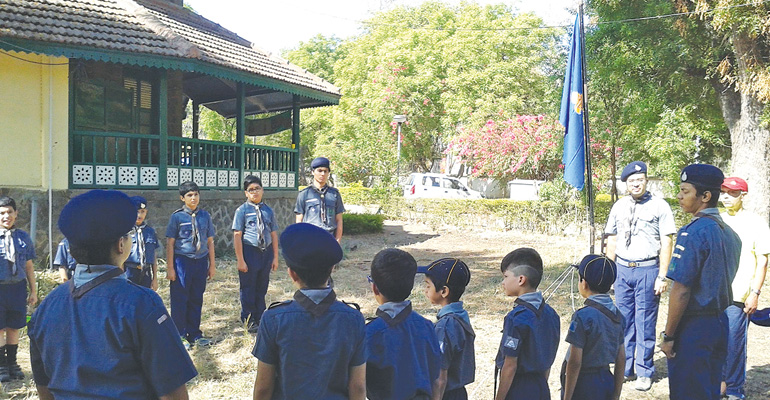 The Homavazir’s 11th CBDA Scout Group entered into their 90th year on 10th April, 2016. During these formative years, the group has been tirelessly training cubs, scouts, and rovers producing numerous President Scouts through the game of scouting. 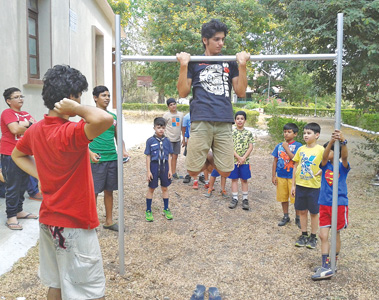 The summer camp of Homavazir’s 11th CBDA (Central Bombay District Association) Scout Group was held at Bahadurji Sanatorium Deolali, from 1st to 4th May 2016. 25 cubs, scouts and scouters in smart uniform boarded the Tapovan Express from CST station and reached the camp site in Deolali where they took their positions around the flag for the first flag hoisting ceremony. Each day began with a physical training session and jogging. At the flag break ceremony scouts were briefed about the day’s programme. Uniform and room cleanliness inspection ensured that the boys kept their belongings orderly and clean.

Sessions on knots, pioneering, first-aid and rope work were given by scouters. Numerous Scout quizzes were conducted and display badges were presented to the deserving winners. Stunts constitute a major activity at camps. The fearless and adventurous scouts rappelled down walls under the watchful eyes of their scouters.

During spare time, boys wrote camp log books and the seniors pioneered models of bridge. The evenings had the boys playing baseball with highly competitive spirits, followed by a Treasure hunt at night. Every night, before dinner, group prayers were held on the verandah.

The camp fire on the final night was held in a traditional manner with four scouts marching from the four directions with lighted torches held high. The last day included a visit to the Agiary. Finally, the flag was lowered, as the Group Leader thanked the boys for making the camp a grand success. The scouters thank quarter master Jahangir Dotiwalla, Scouter Jimmy Pardiwalla and Arzan Godrej, Group Leader Scouter Zubin Bhumgara, administrator Kerfeghar Anklesaria and manager Sohrabji Irani of Bahadurji Sanatorium for providing excellent facilities for the four day camp.

A new batch commences from 5th June 2016. Parents desirous of getting their boys trained in this prestigious group can contact Group Leader Scouter Zubin Bhumgara on 9821559132.

View all posts by Sohrab Bhiwandiwala →