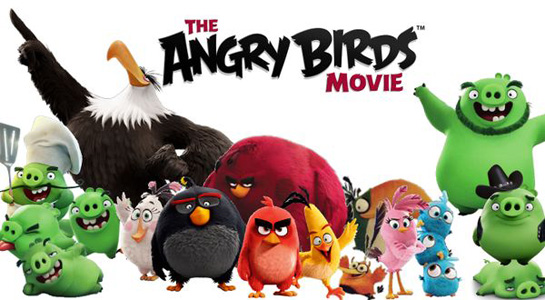 Even birds of disparate feathers flock together – that, probably, is the only message sent out in this app-inspired animated film by the two debutant directors. Red, who’s supposed to be a bird with a questionable temperament, is sent to an anger-management class under Matilda. There he meets Chuck and Bomb, both with similar mental make-ups.

So far, but not so good. The three are forced to team up to save the future of Bird Island when an army of pigs, led by Leonard, come ashore, guised as goodwill messengers from a neighboring island and depart with the birds’ most cherished belongings. The script ambles along at an unhurried pace till the writers realize that something should be done to perk up the tempo in the last half hour. The fury of the feathered creatures no bounds as they set off with the help of Mighty Eagle (the only bird with flight) to reclaim their stolen treasure.

The essence and character of the mobile video game is converted to the 3D screen version in this abominable porcine creatures Vs the naïve avians. Not worth the 3D ticket prices, this one is strictly for the birds.