Behram Yazad is the Angel created by Ahura Mazda to protect the followers of who live as per the tenets of the Mazdayasni Zarathushti religion. Behram Yazad ensures that those who live righteous lives will have their joys as deep as the vast oceans and their troubles will dissipate like foam. He also protects us when we travel and is also referred to as ‘Panth Yazad’. Ervad Pervez Karanjia, Panthaky of Sodawaterwala Agiary (Marine Lines) shares more about this venerated Angel with PT Reporter Jamshed Arjani. 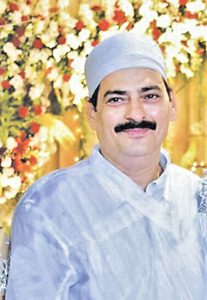 PT: What does ‘Behram’ mean?
Er. P. Karanjia: ‘Behram’ means permanent illumination, which He creates in this universe by dispelling all our difficulties, whether they are related to health, disputes, financial problems, litigation, domestic unrest, employment, debt and any spiritual adversities faced by a Zoroastrian devotee. For this reason we refer to Him as ‘Mushkel Aasan Behram Yazad’.

PT: How do we invoke Behram Yazad to help us?
Er. Karanjia: He already knows of all the difficulties we face and he really wants to help us. We should invoke his aid through correct prayer. Innumerable devotees worship Behram Yazad by performing the ‘Batti’ (lighting an oil lamp) at home near the photograph of Mushkel Aasan, offering gram (Channa), dates, candy sugar (saakhar or rock sugar), and cardamom – while reading the story of the Woodcutter, whose adversities were eliminated when he performed this ritual after Behram Yazad appeared before him. The story also illustrates how we should always continue worshipping Him as a commitment.
You can also pray the ‘Behram Yasht’ from the Avesta. Sometimes, we may not have enough time to pray the entire Yasht so one could pray the Nirang of Behram Yazad, available in English and Gujarati. However, the Behram Yasht is the most effective prayer. There have been many instances of miracles occurring in the lives of those who have prayed the Behram Yasht even once!

PT: What is the ‘Behram Roj nu Daran ritual’ about?
Er. Karanjia: It is an extremely effective ritual performed in the Agiary by our priests for our benefit at our request. The Behram Yazad Nu Daran which is the name of the Baj Dharna and Afarghan rituals performed in honour of Behram Yazad, is a thanksgiving ritual performed on Behram Roj. A devotee can request our priests to perform it not only after the devotee attains success but also whilst in the midst of difficulties. The ritual is also performed by many devotees to invoke the blessings and protection of Behram Yazad forever. This ritual was performed by Kings of the Sassanian Dynasty after achieving victory in battle or establishing new settlement areas.

PT: How many forms of Behram Yazad are known to mankind?
Er. Karanjia: Behram Yazad revealed each of his ten earthly forms to Prophet Zarathushtra and the first ten Kardas of the Behram Yasht reveal Behram Yazad in any one of ten forms, viz, a cool breeze, a beautiful bull with golden horns, a white horse, a camel, a pig, a ram, a goat, a wise youth, a large bird which helps a devotee in financial distress and ultimately a warrior who smites the negativities within us and destroys the negative karma burdening our soul after death to avoid reincarnation.

PT: The Jasa Me Avanghe Mazda prayer towards the end of the Sarosh Baj contains the words ‘Amahe, Hutashtahe, Hurodhe, Verethraghnahe, Ahuradhatahe, Vanintyao-shcha, Upartaato’. They also appear in the Behram Yasht and in the Nirang of Mushkel Aasan Behram Yazad. Please explain this connection.
Er. Karanjia: These are various names of Behram Yazad, describing his celestial connection with Ahura Mazda and his earthly connection with mankind. His other titles are Fattehmand, Firozgar, Dushman-Zadaar which means perpetual victory over all evil beings. His main opponent is Vyambur Daeva.

Dear Readers, our interviews with various priests also form a platform to renew and practice our religious faith so await more enlightening information from Parsi Times!