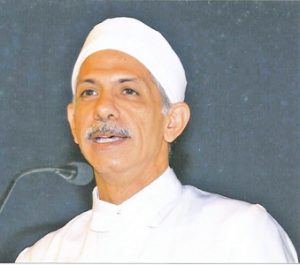 Our community has different religious titles which are applied before the names of individuals, like ‘Behdin’ for the non-priestly sect and ‘Osta’, ‘Osti’, ‘Ervad’, etc. for priests. These religious titles are based on the religious status of people and are prefixed before their names, when mentioned in prayers and rituals, like the Jashan, Afringan and Tandarosti.

In religious practice, a Zoroastrians name cannot be mentioned in any ritual without the proper religious title. At present there are seven such religious titles as under:

1) Khurd: Is applied before the names of all children before their Navjot. The word ‘khurd’ means small or minor. Some priestly traditions append the word Osta/Osti or Behdin, after the title Khurd. Hence, they use the title ‘Khurd Osta/Osti’ or ‘Khurd Behdin’ before the name.

2) Behdin: The religious title Behdin is used after Navjot for all Zarthoshtis except those belonging to the priestly class. Behdin means, ‘belonging to the good religion.’ It is derived from the Avestan words vanghuyāodaenāyāo and Pahlavi words vehdēn which mean ‘good religion’. These two words are used in the Avesta to define the Mazdayasni Zarthoshti religion.

3) Ostā: Is the religious title for boys of priestly families after their Navjot has been performed. This title is then used throughout life or till the boy undergoes the Navar initiation. The word ostā come from the Avesta word hāvishta which means disciple. This title indicates that the child is now fit to be the disciple of a priest after Navjote.

4) Osti: Girls of priestly families, after their Navjot, have the religious title Osti, the feminine form of Osta.

5) Ervad: Boys of priestly families are endowed the religious title Ervad after undergoing their Navar initiation. The term Ervad comes from the Avestan word aethrapaiti which means ‘a teacher’. Ervad is the most widely used title for priests and is used by Priests throughout their lives, except when they are worthy of the two other titles mentioned below.

6) Mobed: An Ervad who regularly performs higher rituals like Yajashne, Vendidad and Nirang din or gives the boi of Atash Behrams, and thus lives a disciplined life of a Priest, is referred to as Mobed. This word comes from the term Magav-paiti which means ‘master of the Magavs’. Magavs (English Magis) were highly adept Zarthoshti priests of the olden times who led a secluded life and had extraordinary powers on account of their spirituality.

7) Dastur: Dastur is the title used to refer to the head of a priestly group. In the past, priests were divided into five groups for vocational purposes, based on their geographical locations. Each group had one Chief Priest and he was referred to as Dastur. The whole group would be under his jurisdiction and guidance. Nowadays, since Zoroastrians erroneously refer to most priests as Dasturs, the title Vada Dastur is used to indicate the actual Dasturs.