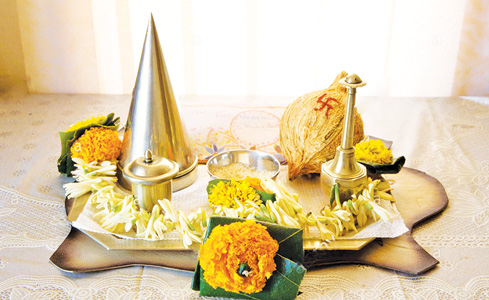 As Parsis, we feel doubly blessed with special occasions repeating twice in the same year – take for instance our Birthday and New Year! We understand that this is the result of following different calendars, but this New Year let’s enrich our understanding further about the very root of our most celebrated festival – Navu Varas. PT Reporter Jamshed Arjani discussed the subject of New Year with learned scholar Ervad Dr. Ramiyar Karanjia, who enlightens us with his knowledge.

PT: Did Zoroastrians in Iran celebrate New Year on March 21st, before the exodus to India and other countries?
Er. Karanjia: Never ever in history did Zoroastrians in Iran celebrate their religious New Year (Navroz) on 21st March. They celebrated it around the time of the Vernal Equinox. The day continued to fluctuate backwards by a full month for 120 years until it rolled around again to the Vernal Equinox by adding a leap month in the 120th year.

PT: Why do Kadmis, Faslis and Shahenshais have different New Year Days?
Er. Karanjia: When the Zoroastrians came from Iran to India, the Shahenshahi calendar was the only calendar adhered to by all Zoroastrians. Then, in the 1720’s, the Kadmi sect emerged in India. This small group commenced their religious calendar one month earlier as they were influenced by priests from Iran to follow the calendar which was then being used in Iran. In the beginning of the twentieth century a group of Zoroastrians who were pressing for religious reforms wanted the entire Zoroastrian community to commence the religious calendar from March 21st. The Zoroastrian religious authorities declined this suggestion as it was not ritually and religiously acceptable. However, some of the people who suggested the change commenced the New Year from March 21st and formed a separate sect, the Faslis – meaning those who follow the seasons. Thus, today three calendars exist among Zoroastrians in India, two of which commenced in the last 300 years in India.

PT: Could you explain the concept of the ten days of Muktad, including the five Gathas?
Er. Karanjia: The ten days of the Muktad are based on the reference occurring in the Fravardin Yasht which states that the Fravashis and the souls of our departed, loved ones visit us for ten days and nights. The first five days commence from Roj Ashtad to Roj Aneran in the Asfandarmad month. The last five days comprise the Gathas.

PT: Why did our predecessors observe Muktad for 18 days as compared to the current 10 days?
Er. Karanjia: Originally the Muktad period was observed for a period of only ten days. The earliest evidence found of an eighteen day Muktad was during the 15th century in India. It seems that this practice evolved as most of the 5 or 6 days following the ten Muktad days were sacred and the souls of the departed were invoked on these days too. Hence these days were clubbed together with the ten days to form a Muktad period of eighteen days. The Muktad period in Iran always was and is held only for 5 or 10 days, never eighteen. In the 1970’s, elders of the community reverted to the earlier practice of a Muktad period of ten days only.

Our religion is adorned with a celestial hierarchy of angels who protect us, with Dadar Ahura Mazda prevailing over the entire universe. What better way to celebrate the New Year than by invoking the warm radiance of Pak Aatash Padshah Saheb and reinforcing within ourselves hope, integrity, devotion and perseverance in faith.