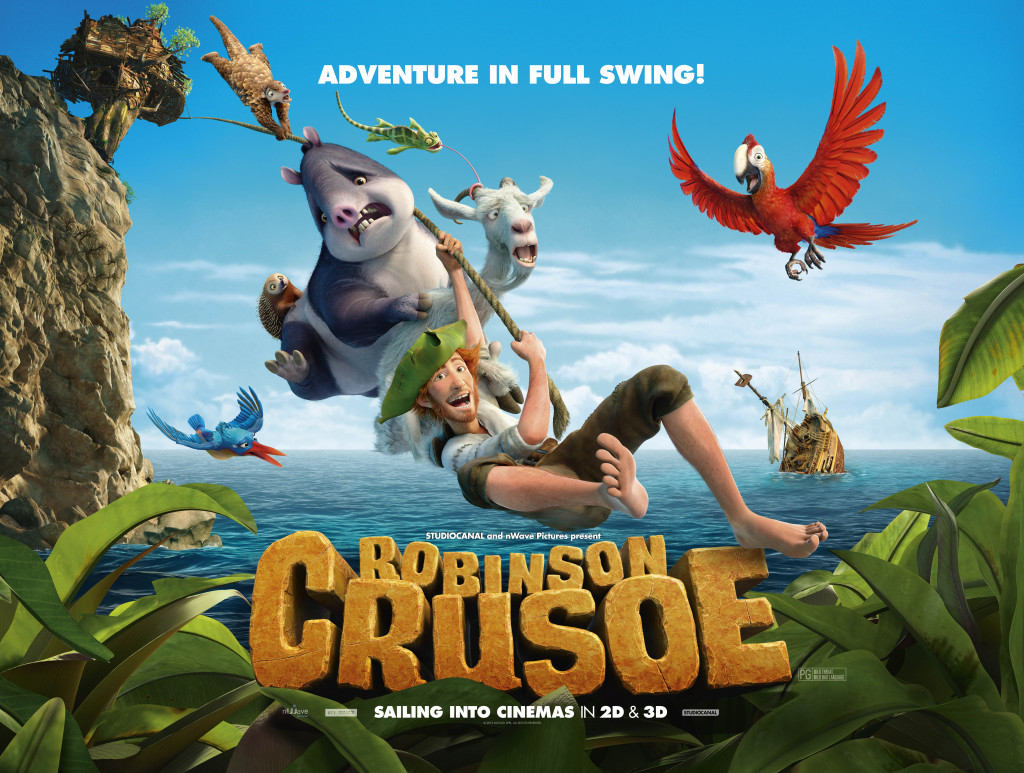 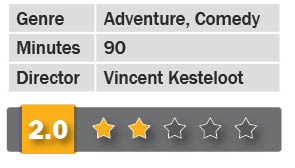 Daniel Dafoe’s 1719 influential novel — by the same name — has undergone a sea-change (pun intended) in the 297 years since it was published. Kesteloot’s film gives Dafoe’s beloved tale a new dimension — a 3D one. Crusoe (voice of Yuri Lowenthal) gets marooned after escaping a shipful of buccaneers. Stepping on an island inhabited with birds and beasts, with his loyal dog Aynsley, they are first noticed by Mac the macaw (David Howard), who takes an affinity towards the alien human, and  who’s promptly dubbed Tuesday (not Friday!). Some of the other capricious creatures on the island, Kiki the kingfisher (Lindsay Torrance), Epi the echidna (Sandy Fox), Carmello the chameleon (Colin Metzger) and Scrubby the near-blind billy goat (Joey Camen) are initially tentative but later supportive of the castaway Crusoe.

More than a third of Kesteloot’s film depicts the pair of cats May and Mal, not cute and cuddly but villainous and gangly, out to rid the island of all creatures and monopolize it along with their progeny.

The 2016 RC fails in a crucial respect — the film is divested of any human emotions even as it invests in some horseplay through the cartoon characters. The film has more to do with a menagerie of creatures and minimal in its treatment of the human, Crusoe.  In this respect, the film released in the US as ‘The Wild Life’ sounds more accurate, if anything. So too is the film’s tagline, ‘Just because you’re stranded doesn’t mean you can’t make some friends’.