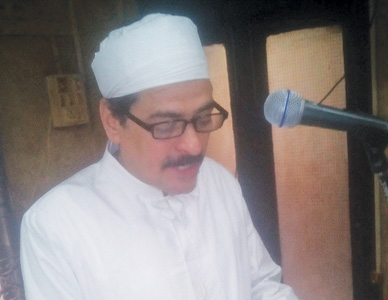 On 5th September, 2016, Er. Pervez Karanjia, Panthaky of Sodawaterwalla Agiary, was invited by Rustom Cooper from Rahnumae Mazdayasnan Sabha, to speak on the ‘Denkard Nama’, meaning, ‘acts of religion’, at Karani Agiary in Cusrow Baug.

Er. Karanjia elucidated, “The Denkard Nama is a 9th century encyclopaedia about how we should live based on the prayers and tenets of the Mazdayasni religion, to enable our soul to enter Garothman. Originally written in the Pahlavi language, it contains quotations from lost Avestan texts written thousands of years ago. The writing of this compendium of 31 chapters contained within 19 volumes was commenced by Adurfaranbag-I- Farrokhzadan and edited by Adurbad Emedan. These priceless tomes were later translated into Gujarati and English by Dastur Peshotanji Sanjana (1828-1898) and completed by his son Dastur Darab Sanjana – both distinguished Head Priests and accomplished scholars of the Pahlavi language.”

He further explained that, “Denkard Nama highlights the importance of praying sincerely to avoid the demonic influence of Ahriman (Satan) and clarifies that all our virtues will be erased from our lives by one single thought, word or deed intended to malign, slander or defame anybody. It teaches us to respect all forms of life on earth and the bounteous gifts of nature. It enunciates the importance of respecting and adhering to all aspects of life, wearing our Sudra and Kusti, venerating the celestial bodies, the cosmos and revering Dadar Ahura Mazda and His son Pak Aatash Padshah Saheb.”

This encyclopaedia of Zoroastrian faith pinpoints reasons for each Zoroastrian ritual, including explanations of when and why each Geh is prayed. Significantly, the post demise obsequies don’t include the second day late afternoon Uthamna, which is believed to be held for those relatives and friends of the deceased who are unable to attend the Chahrum Uthamna. The importance of praying the ‘Hosh Bam’ prayer at the appropriate time in order to receive fulfilment of our righteous wishes is also mentioned in the Denkard Nama.

The 19 volumes of Denkard Nama in Gujarati and English can be read at ‘Cama Library’ near Lion’s Gate and Petit Library at Flora Fountain.