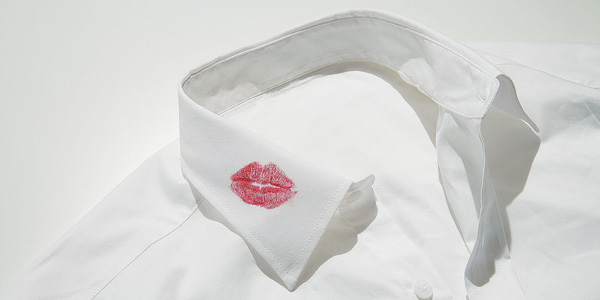 A shocking head-line in the Hindustan Times of August 28, 2016 reads, “Most divorces among Parsis due to adultery.” Parsis never fail to amaze! The report goes on to say, “Adultery is the most common reason for divorce.” This report is based on a thorough examination of statistics and facts pertaining to the Parsi Matrimonial Court as also based on talks with jurors (delegates) of this Matrimonial Court. Incidentally, I was also on the jury of this Court some years ago, so I know how it functions.

To begin with, let us examine marriages then and now. Formerly, marriage was for keeps; today, the “till death do us part” is thrown in only for comic relief! In the good old days, people stayed married “in sickness and in health. Today, it’s all about wealth! If the hubby isn’t wealthy, the marriage ain’t healthy. It’s all about money, honey! And if the wife earns more than the husband, God help the “poor” (pun intended) fellow – he will never hear the end of it!

Earlier, fidelity between spouses was a given. Today monogamy amounts to monotony! Several adults rush into adultery. Young girls have affairs with older (richer), much married men under the guise of “I love him so much.” If they really loved him, they would love him enough to send him back to his wife and children!

Previously, there were arranged marriages, we didn’t marry the man we loved, we grew to love the man we married. Mine was an arranged marriage since my granny kept saying “you’re 20 and unmarried! People will think you have some defect!” So, while my girl-friends were changing boyfriends, I was changing nappies. And as most of us married around 20, it was like going from one father to another (the husband with all his do’s and dont’s)!

Those days, we didn’t just marry the man, we married the whole jing-bang family and jolly well got along with our in-laws, sacrificing a lot for them, internalising our grief for years! Today’s girls demand to live separately, openly saying, “we don’t want in-laws”. So where do senior citizens and old people go? What bugs me most is the new trend – ‘prenuptial agreements’ subscribed from Western societies.

When I was a juror in the matrimonial court, a wife once took me aside to confess that she didn’t want a divorce though she was having an affair. “When do you have an affair?” I asked her, since she was a 35 year old professional with two wonderful and I always saw her with her husband in public. The next day, we met at her club and over tea she confessed, “A little before one o’clock, I wolf down my packed lunch, check my box of condoms and hit the car park. I then proceed to a pre-booked room in a hotel where my lover is already waiting. At two o’clock I am usually back in the office for a conference or a meeting. This routine usually took place two to three times a week.” The husband ultimately found out and filed for divorce on grounds of adultery.

What amazed me was that the wife said that she’s not the only woman who goes out twice or thrice a week for what she calls “hot lunch”. How can they women grab a “lunchtime quickie” as easily as they would grab a salad? And then the wife says “I love my husband and children.” Of course, wives are not the only guilty ones. What I said applies in equal measure or even more to husbands!

Another woman, surprised me even more by pleading that she was not a scarlet woman, about to leave her children as her family was her top priority. She added “I would never spend an evening with my lover. I’d rather be reading my little boy a story. This way, my affair doesn’t affect my loved ones and I do love my husband dearly.” Talk of multi-tasking!!

Sex therapists say that a woman’s sex-drive reaches its peak at around 3:00 pm so she is more amorous during the working day than in bed with her husband at night. Once more I wonder, what sort of love is this? How can this educated wife have illicit sex just because the crackle of sexual chemistry has perhaps cooled off in their marital bed?

So, is there married life after adultery? Yes! There is, but only if the husband and wife want the marriage. Some such couples don’t opt for divorce (for whatever reason). They stay married but lead separate lives – a fate worse than death! No doubt adultery is a serious hazard in any marriage and it happens in quite a few marriages, but if two people want to heal the marriage, forgive and forget helps. Henceforth, there should be more understanding and respect for each other. Just love is not enough in a marriage.

Every marriage comes with a package-deal of problems but that’s the time to sort each other out – not jump into bed with someone else – that’ adultery! Come to think of it, marriage is so much like life itself – it is happy, sad, infuriating, varied, wonderful, moving, tender, tiresome, desperately hard work, full of high-highs and low-lows but definitely worthwhile! Its’ simply NOT worth risking a marriage for adultery!