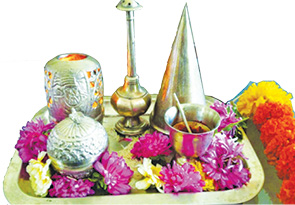 October 10th, 2016 marks World Mental Health Day. As Zoroastrians we are blessed with a religion where ‘Good Thoughts’ form the very start of its tenet. Religious Scholar extraordinaire, Noshir Dadrawala explores how our potent prayers and rituals go a long way in maintaining our mental balance and health.

Some of us believe that prayers and rituals are not in accord with the spirit and message of the Gathas. Their emphasis is only on ‘rational thought’ and the simplistic notion of “good thoughts, good words and good deeds”. Agreed, the religion of Asho Zarathushtra is not based on blind faith, superstition or fear of the unknown. Agreed, also, that no other religion has articulated or laid so much stress and emphasis on “good thoughts, good words and good deeds”. It must be stressed, however, that Zarathushtrianism, in totality, comprises both – the theology as well as the ritual practices of the Faith.

Many people regard ‘ritual’ and ‘reason’ to being contradictory. In reality, both are complementary factors in the process of spiritual growth. Prayers and rituals are born of man’s adoration for that unseen power underlying the mystery of life. Each religion prescribes its own set of practices as a means of adoration or worship or to encourage humility and surrender, resulting in spiritual purification necessary for inner growth. History affirms that prayers and rituals never completely die out, so long as they can offer the devout a spiritual link with Divinity or at another level, a sense of security.

Prayer and Ritual is what distinguishes a religion from a mere philosophy. Both help provide the spiritual experience of celebrating a religion. The purpose of prayers and rituals is to generate a conscious awareness which, in turn, provides the devout an insight into the nature of Divinity. Prayers and rituals provide a medium through which a person is able to connect with the unseen spiritual world.

Faith, of course, is very essential. A Master had once observed, “In spiritual life, faith comes first, then knowledge and then experience.” Faith is necessary for gaining wisdom. If faith is constant, it takes the devotee to the realization of wisdom. Indeed, the way to wisdom is through faith.

Throughout history, it has been recognized that the human mind is capable of two kinds of knowledge or two modes of consciousness which have often been termed “the rational” and “the intuitive” and have traditionally been associated with “science” and “religion”, respectively. Unfortunately, the intuitive, religious type of knowledge is often devalued in favour of rational, scientific knowledge.

In the East, the values attributed to the two kinds of knowledge are often already apparent from the names given to them. The ‘Upanishads’, for example, speak about “higher” and “lower knowledge” and associates the “lower knowledge” with various sciences and the “higher knowledge” with “religious awareness”. Prayers and rituals when performed with understanding, feeling and concentration become a powerful tool in the process of religious awareness. Take, for example, the most basic and simple ritual of performing the Kusti. Each time a devotee performs this ritual, he/she makes an unswerving commitment to reject and fight evil and promote the Will of Dadaar Ahura Mazda.

Avesta is not a ‘Dead Language’ as some Parsis choose to call it. It is a ‘Divine Language’. If Hindus consider Sanskrit as the language of the Devatas (Divinity), devout Zoroastrians consider Avesta as the language of the Yazatas. Our sacred manthravani is loaded with Divine Energy which can deeply influence the devotee and his or her surroundings when chanted with faith and devotion. In fact our Avestan manthravani is Ahura Mazda’s Energy which devotees can vocalize in order to attune the spirit within with the Divine Essence of Universal Spirituality.

Just as food is essential for physical sustenance, prayer is vital for spiritual sustenance. Pray the Atash Niyaesh before a consecrated Fire and see how it energizes you – both physically and spiritually. Pray the Ardibehesht Yasht regularly and see how it heals some of your chronic ailments. Recite the Hormazd Yasht as often as possible and get a sense of Ahura Mazda’s all-round protection. Invoke Sarosh Yazata everyday and observe the enhancement in your spiritual consciousness. Invoke Behram Yazata whenever in trouble or Ava Yazata for knowledge and wisdom. The list is long……..!

And, every day, recite the two most powerful prayers of just 21 and 12 words respectively, the Yatha and Ashem. Pray one Ashem the moment you wake up in the morning and pray one just before you fall asleep. Pray one Ashem just before and after a meal or whenever a bad thought passes your mind. Make it a habit to pray one Yatha whenever you leave your home and before starting any new work. On a personal note, everyday, as a matter of habit, I pray one Yatha before starting my computer or before writing an important letter or article. It gives me not just a sense of being blessed but it also gives me a sense of higher purpose and the inclusion of a spiritual essence in whatever I may be planning to do.

Regular worship is also believed to “keep the doctor away”. In a study conducted by the Purdue University, of 1,500 people, researchers found that 36% of those who said they regularly worship, claimed excellent health, versus only 29% of those who said that they do not regularly worship; and a higher percentage of non-worshippers claimed poor health. Researchers believe that religious people are probably able to adjust their lives better to changing circumstances and stressful situations.

Doubtlessly, it is regular prayer and ritual observances which sustain the Faith. Even, the Gatha of Asho Zarathushtra have been kept alive, not through mere philosophical interpretations, but through constant ritual usage.

With due apologies to Martin Luther King Jr., I would like to conclude with an adaptation of his belief, “To be a Zoroastrian without payer is no more possible than to be alive without breathing.”