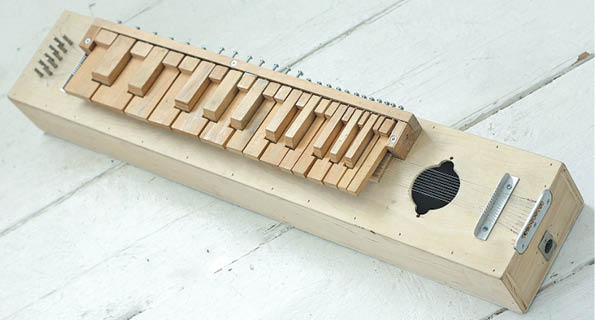 No celebration is complete, or for that matter, even begun without music in any of our festivities! Dara Khodaiji takes us on a nostalgic trip marking the indispensible significance of music since our Parsi days of yore…
The man that hath no music in himself, Nor is not moved with concord of sweet sounds, Is fit for treasons, stratagems and spoils; The motions of his spirit are dull as night And his affections dark as Erebus: Let no such man be trusted. (Shakespeare in Merchant of Venice)

Parsis have a penchant for music, as a result of which such a small community has given so many fine musicians. Be it Western or Indian, rock, pop or classical, vocal or instrumental, the twinkle-toes Bawas cover the whole gamut right down to the bathroom singers. I remember myself going the whole range of arias or Italian classics. I think it is the bathroom acoustics that turn us all into Lanzas and Pavarottis. I only stopped when I heard some neighbours scream “Bundh kar, you *^*(%#@ murderer of all things beautiful).

Celebrations for all festive occasions including Navroz and Khordad Sal, would start with Maters familiae blaring away Sakhi Suraj Bhale re Ungio Sakhi suraj bhale re ughio on the HMV cranking gramophone. Paters familiea had some strong words to say but they cannot be repeated in this family weekly, no, my Editor will not allow it. We also had some hilarious comic Gujarati songs sung to the tune of the then popular Hindi numbers. There were also those 47 rpm records of songs like Papribai e kidha papeta sathe lagan, Siganpore thi ayo punva and Jeroo Jabri ne Kaun Sambhale. It was another era then!

Weddings and Navjots were especially a musical treat. There were live bands with pianos, cellos et al, and Ken Mac and Goody Servai were the in great demand. Goody was the first ever to play an accordion in the Hindi film, ‘Dastan’. At weddings he used to entertain all with a mélange of some of the then most popular Western numbers with a couple of arias thrown in for a good measure by his very talented soprano whose name escapes me. He used to play a very lively Blue Danube waltz and would regale the guests with his Cuckoo Waltz with all the musicians wearing cuckoo masks. Most of the bands used to end the evening with either Irene Goodnight or Arriverdeci Roma. There was the great Indian trumpeter Chic Chocolate too.

Then came Nellie and her crooner Maurice Concessio singing Ritabelle (Written for Raj Kapoor’s daughter Rita) and Mumbai meri hai, (Both written by our Parsi composer Mina Kava). Mina Kava’s band was very popular too as also his above two her numbers along with his Evening in Gay Maharashtra which has almost become an anthem for Maharashtra. Patigara’s and Irani’s Bands were very popular too for those who loved a medley of Bollywood songs along with a few western numbers, Especially Tony Brent’s One and a two and I love you. There was Darling and his orchestra, and the two friends, Late Minoo Marawalla and Dali Gundevia’s band that would bring the house down with their very lively Hindi, Gujarati songs and especially the ‘garbas’.

Parsis had their own semi-classical and traditional songs and singers of national and international repute. They used to sing khayals, kirtans, (famous kirtankar Pervez Katrak passed away earlier this year at almost 92 years of age), and ghazal singers like Penaz Masani who has enthralled audiences the world over.

Parsis had the tradition of calling a group of ladies, the “Goyans” (women singers) to sing Aatash nu Geet on the eve of a marriage or a navjot. After the Aatash nu geet, which frankly was a punishment of sorts for young blokes like me who were made to sit for a couple of hours wearing our most solomn face and a ‘Kasab-ni-topi’ (a skull cap made from gold and silver threads), there would be Garbas. They were lively and enjoyable. The next morning the group would come again bright and early to sing what was called ‘Sahvenu’. I do not think such a group exists today.

Besides Goody Servai, there were other Parsi musicians who created music for films like Vistasp Balsara who was supposed to have played accordion for the title song in Raj Kapoor’s ‘Awara’ and also in ‘Daag’. He later let it be known in an interview that he had produced the sound of an accordion on a harmonium. Bahadur Nanji, music composer, played electrionic organ and harmonium for  several movies since 1947.

The Lord Family, the father son talented trio.  The father Cavas Lord was a drummer with Chic Chocolate. He played at several Bombay clubs as well as the Taj where C. Ramcnandra saw this talented percussionist and took him up for his music. Cavas was the one to introduce bongo and congo in Indian film music. He used to play in almost every second or third Hindi song.  He played in the great hit song of 1950 ‘Gore-gore, o baanke chore’ in the movie ‘Samadhi’. By the time his son Kersi (who recently passed away) was thirteen, he started to accompany his father to the recordings. He played accordion for pieces in films like ‘Aradhna’ and earned for himself a solid reputation. Once when Kersi was not well and was unable to attend the recording, Cavas was asked to send his youngest son Burjor, a great drummer. That is how Burjor, better known as Buji came to Bollywood.

One of the legendary rock stars was Aapro Farrokh Balsara, originally from Dadar Parsi Colony, came to be known throughout the world as Freddie Mercury; a legend of a rock star and an iconic figure in the world of rock music. He ranks amongst the greatest – like the Beatles and The Rolling Stones.

Parsis have had a great role to play in popularizing Western Classical Music in India. It was Mehli Mehta who formed the Symphony Orchestra of India (SOI) in 1935. More than half of all the members of the SOI are Parsis. Mehli Mehta’s son Zubin, is today one of the top, conductors in the world today.  He is the Director for Life for the Israel Philharmonic orchestra besides having the honour of being honorary conductor of six other world famous orchestras. Zubin Mehta is an ambassador of peace in the world. Wherever there is conflict between nations, Zubin is ready to play there and promote peace through the unfailing language of music.  In 2013 he conducted the Bavarian State Orchestra in Srinagar in front of about 1500 invited guests.

There the hills were alive with the sounds of Beethoven, Hyden, and Tchaikovsky. There was opposition from separatists, especially the hardliner like Geelani. Earlier this year Zubin conducted a concert wearing a dugli in Mumbai. This was on the occasion of his 80th birthday. It was an affair to remember. If there is one Indian who deserves a nobel Peace Prize, it is Zubin Mehta.

Many a pleasant evenings I’d spent listening to pianists Tehmi Guzdar and Khorshed Screwvalla on my radio, way back in 50s and 60s. So entranced had I become listening to them, that once, I forgot I had tickets for a night show to watch at Eros Cinema and had to rush there ending up twenty minutes late for the movie.

Like Shakespeare, Parsis feel “if music be the food of love, play on.”