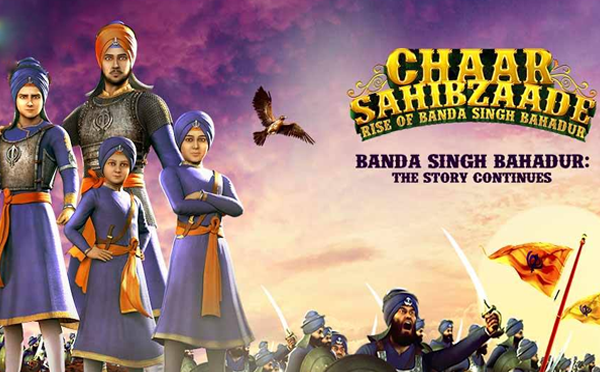 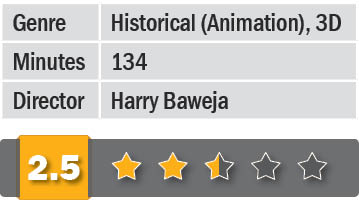 Taking off from the 2014 epic ‘Chaar Sahibzaade’ which delineated the teachings of Guru Gobind Singh — the last Sikh guru, and the martyrdom of his four sons, this sequel takes place in the 18th century, partly in Punjab and partly in Nanded (Maharashtra) with ascetic Madho Das transforming into warrior Banda Singh Bahadur — under the tutelage of the tenth Sikh Guru, Guru Gobind Singh. Circumventing the religious dictat of not employing actors to make a religious film on the Sikhs, Baweja used the animation technique to judicious effects in the 2014 original. Here too, he employs a similar approach to characterize and depict the fate of the four martyred sons — Baba Ajit Singh, Baba Jujhar Singh, Baba Zorawar Singh and Baba Fateh Singh.

With some fine narration in Hindi by Om Puri and Harman Baweja, the film is a historical chronicle — though overstretched at 134 minutes — of a particular period in Sikh history, chiefly of Banda Singh taking on the mighty marauding Mughals, led by the bloodthirsty and callous Wazir Khan. The film starts on an engrossing note with a splendidly orchestrated song on the Sikh religion. With narrative versions in Punjabi and English too, the film is targeted mainly for North India as well as the Sikh diaspora settled aboard.

From helping simple village-folk in fighting bandits to abolishing the zamindari system, Banda Singh’s life seems to have been well researched. It’s a sincere, well-intentioned effort by Baweja and company. There is more history to be learnt during the epilogue text in the final seven minutes than in the entire film.