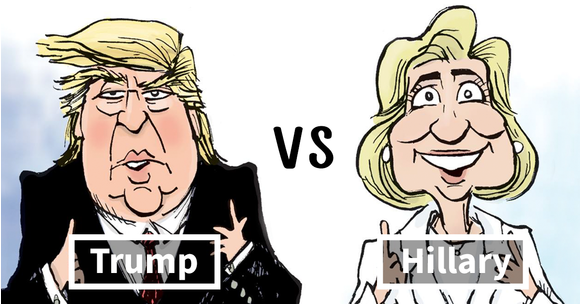 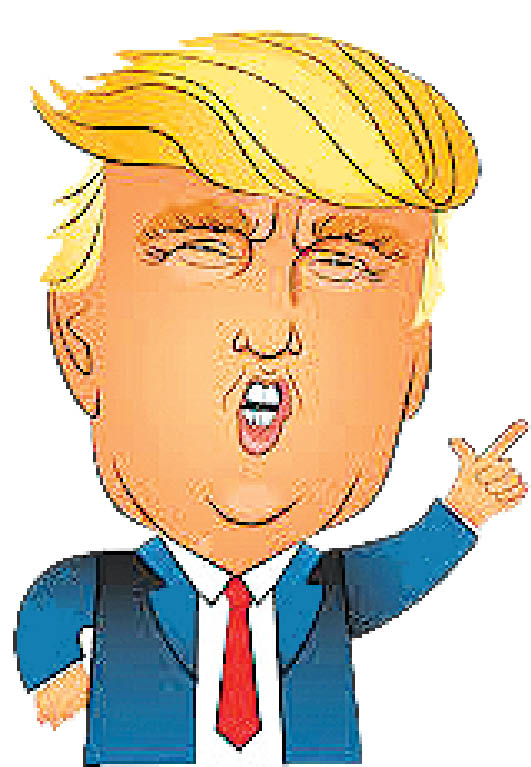 From time to time, Meherbai used to have a tea-party with some of her school friends. Last Thursday, they met at the Parsi Gymkhana, Marine Lines, and the hen-party turned into a hilarious evening with every lady commenting on the recent US elections, especially why Tehmulji Trump won and why Coomi Clinton lost, adding their own two bits of half-baked, home-made theories.

Rashida – their Bohri friend, ordered four dozen mutton-samosas as starters to munch along with Pepsis, Mangolas, Raspberries and Limcas that the ladies asked for. The ladies told the waiter, “four dozen chicken sandwiches, Akuri-on-toast aur dus plate chicken tikka baad mein lana.” The ladies didn’t order anything more because ‘gherey husband ni saathey full dinner khavanoo chey’! Poor husbands – half their salaries must be going in feeding their wives! Especially the husbands of this group!

Meherbai wanted to look glamorous, so days before the party, she went for hour-long evening walks in her Parsi Colony with her husband, who is already thin. Her friends called her a champion-walker saying, “Don’t walk so much- Havey to Tahara Boot Bi Dheela Parej…….Ketloo Chalsey?” She washed her walking shoes daily and left them on the window-sill to dry. They would invariably fall down and her ever-admiring ground-floor neighbour, Vikaji Waghmaroo would come and return them in time for her walks. Since Meherbai lived on the third floor, this shoes returning-ritual made Vikaji slim and trim.

Meherbai also had a new short-bob for her hair which took away 20 years from her age. So instead of 72, she looked like 52, or so she would imagine! Actually, it was a one-length ‘tapeli-cut’. Her friends gushed over her, “Ketli young lagech. Did you have Botox? Face-lift? Lots of sex? Tell us your secret-Please! Please!”

“No secret – just do left-right for an hour with your hubbies like all other couples in my Colony and you’ll look ravishing like me!” 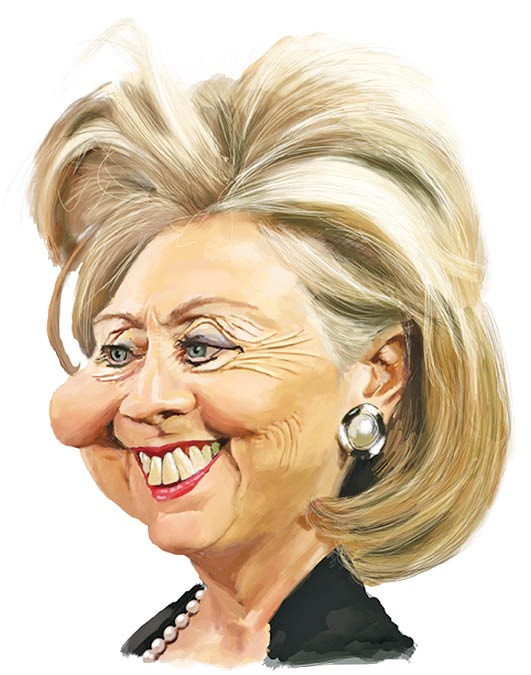 “But I don’t have a husband” cried Shernaz. “That’s why she is so happy” said Naju, Malai-nu-Khaju. “If you don’t have a hubby, keep a dog and walk an hour – same thing – only, dog will be more faithful”, sighed dejected Dolly whose Dolla was having an extra-marital affair since years now.

“What do you think about Donald Trump ladies?”

“I loved Donald Duck as a child “said Aban the abbhan!

“Aban, you just shut-up and eat – that’s what you do best” Coomi suggested.

“Don’t teach me what to do “ retorted Aban “Behaving as if you are Coomi Clinton, wearing those ugly oversized pant-suits like Hillary which went out of fashion with long-playing records !

“Ladies, ladies!” said Gulshan, “We are here to enjoy, not to fight, so let’s get back to Trump!”

“Arrey, now everyone at Elphinston Club calls my hubby Temulji-Trump because he invariably has a Trump card and wins almost everyday. He is the king of the card table – Paana-No-Rajo!”

“We are not interested in your hubby who has zero IQ and just plays cards all day,” quipped Sooni – sample. “Better than your hubby who sits at our Colony-gate all day long,” retorted Aban, the abbhan!

“Because he said he won’t allow Muslims to enter the USA, so he got all the anti- Muslim votes”. Another one said that he pledged to build a wall between the USA and Mexico which would be higher than our Doongarwadi wall, so he got all the Contractors’ votes.” Clever Katy said he has built Trump Towers in Pune like our Hilla Towers, so he got all the Flat-owners’ votes.” We must ask builder, Zareer Bhathena for his expert opinion! “quipped Meherbai.

Freny Fatakri thought that the debate was going in the wrong direction and commented that Trump has a young and sexy wife so he got all the NRI Parsi votes. After all, Parsis love men who have good taste.

“But this is his third wife” someone commented. “Exactly!” said Freny.

“All of you are completely wrong. Donald Dikro has admitted that he has played around with lots of women, that he is the original Baira-Master and all others are Xerox-Copies. This is why all the ladies votes went to him.” said Meherbai.

Again, everyone became an authority on US politics. One by one the guesses came by… “Because she and her husband Bill set up a Howdas-Chowdas Foundation (Trust) with donations from nations like Saudi Arabia, Kuwait, Qatar etc where women are not given the same rights as men and that Bill Clinton drew huge amounts from the Trust as a lecturer. Maybe Hillary lectured him all the time at home and lost out.” Jabri Jaloo said because she wore dowdy old-fashioned pant-suits like Parsi aunties wear at the NCPA and the American citizens didn’t want a President looking like a Parsi aunty!!

“Hush! All of you!” screamed Meherbai. “She lost because of the Parsis in America.”

Because we Parsis are against smoking and we all know what Hillary’s husband did with cigars. Always using the wrong cigar-holder. Have all of you forgotten Monica Lewinski or what? Also he had a string of other affairs. Parsi women don’t tolerate any kind of inappropriate behaviour and can make kachumber out of their husbands even if they verbally flirt with another women! So Hillary lost out because of the Parsi votes. QED” Again everyone clapped.

“Let’s discuss demonetization now,” someone suggested. “No. Let’s go home to our brand-new- two- Thousand- Rupee-notes, have a full proper dinner with our husbands (because snacks toh dabhi dahr maa bi nahi ayaa). We shall meet next at the newly renovated Kala Ghoda Coffee Shop where, I am told, they serve superb snacks. Till then, Tata, Bye-Bye, Take care!