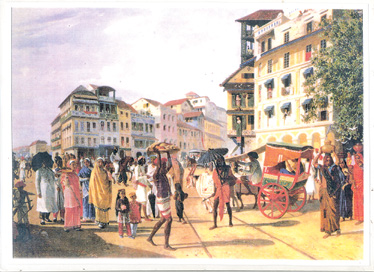 Dara Khodaiji takes us on a journey of how fashion in Parsi Lagans and Navjotes has come a long way and evolved into today’s contemporary chic-wear … or has it?

This is the season of Vohu avi re avi, vohu bhale re avi, or if you please, it’s ‘Here Comes the Bride’ time! The caterer has been appointed and menu settled. New jewelry purchased and the old gold, as also the old pagrees polished, and old phetas brushed. Finally it has been decided who will plant the ‘mandav’ and who will be the best man. A few agreements and a million disagreements later, the mood is jubilant. Soon the Baug will reverberate with Handel’s Wedding March! The guests would, wine and dine upon a sumptuous patru of Patra-mi-machchi, pulao-dar and the lot.

Parsis used to have an old custom of having a second ashirwad ceremony very early, during the wee hours of the following morning. It is no longer practiced. It would have meant, not only keeping awake all night long, but also the added cost of additional trousseau, which is exorbitant nowadays. This second ceremony was probably performed in the belief that any ceremony, rite or ritual done in the early morning would have greater effect when there is peace and quiet.
Except for the few family members who must come early for the weddings or the navjot, people start trickling in post 6:30 or 7:00 pm. By then, the navjot is already over and the ashirwad ceremony for the wedding is about to begin. Some come as late as when the last sitting is about to commence! Sixty years ago, the whole baug would be filled with men in duglis or duglas, and pagrees or phentas by 5:30 pm!
Ladies in their fineries look resplendent in Garas, antique kors of gold and silver threads, lames and brocades; chokers and necklaces complimented by delicate pendants in diamonds and rubies and emeralds or string of pearls and matching earrings, all quite dazzling. Thank heavens most Parsis maintain elegance and avoid bedecking themselves with at least a kilo of gold and other jewels as is the case elsewhere! Men sport pagrees or phentas only if they are close relatives. Some sport suits but mostly nowadays, we see men in shirt-sleeves. Well, this is the age of sloppy dressing and grungy look. Parsis’ dressing habits have evolved from purely ethnic of about attire 200 years ago to a mix of Paris-western attire to the indistinguishable homogenous present day wear.
I have a copy of a painting entitled ‘Girgaum Road’, the original hangs in one of the British Museums. It shows the hustle and bustle of the then Bombay city. There is a man on horseback and the horse-pulled tram in the background. This means the scene must have been painted Post 1874 as the first such trams started in 1874. The painting holds a small procession of a Parsis family taking a little girl for her navjot. Ladies are dressed in sarees – a la parsi style, chatta chera ni, with boarders, kors. Their heads are all covered with white scarves, ‘matha-banu’ and doubly covered with a part of the sarees, sorr. Their blouses are full sleeved, the sadras reach almost up to the knees and their feet are shod with ‘sapats’. One of the ladies is carrying a ses. The navjot girl is seen carrying a ceremonial coconut in her hand. She is wearing a dress of lace with a short jacket and an ijar, a long leg wear. The cap is a ‘dana-ni-topi’ – the type worn upto 1950s. The little boy walking by the side of the girl is wearing a red embroidered ‘jhabloo’ and a bluish leg wear. Men walking behind the ladies are attired in traditional Jamo-pichori, red ijar, Pagrees on head and slippered feet. Men used to wear jamo-pichori upto mid-twenties on formal or ceremonial occasions. One of the men is fashionably carrying a walking-stick which was a part of a well-dressed man’s dress accessories during the Victorian and Edwardian eras and even later.
Women continued wearing traditional ‘Parsi’ saris during the early part of the 20th century but with a faint air of western style. Their blouses became more fashionable, sadras were worn shorter and often of net or lace. Edwardian fashion prompted the blouses to have long, or three fourth sleeves and high neck as worn by British Royalty. Fashionable ladies wore stockings and shoes that were en vogue in London. By the turn of the 19th century little girls had started sporting frocks, stockings and shoes and leg wear running just below the knees, with lacy frills at the hem. With the passage of time the sleeves became shorter as also the blouses. Slowly the sleeves completely disappeared and now it has given way to halternecks, ‘spaghetti’ or completely strapless. Such attire would have led to a riot amongst the straight-laced Parsis a century ago – today it is chic!
By early 1900s more Parsi men started wearing duglo or dugla, a sort of band-galas coat but with a short collar. The duglas become westernized with open lapels, just like the almost knee-length coats English gentlemen wore during the Edwardian era. This coat was worn with stiff fly-collar shirt and a bowtie or a necktie with a broad knot at first. The collar styles changed from fly-collar or the wing-up collar to classic narrow, buttoned down to the Italian double button-down collars. This type of coat was worn up to the fifties even for weddings and navjots. The nearly knee length dagli, as we know today became popular by the end of 1940s. It is ceremonial attire, very elegant indeed, and it has never been used as everyday attire except by the clergy. Sometime in 1930s came the fashion of wearing a sort of a loose surcoat of silk, paaj or cambric over the normal ceremonial dress for weddings. It was called sayo but this fashion did not last long.
Today anything goes for Parsi weddings. Ladies sport Punjabi dresses, shararas, ghararas, lenghas, jeans and top, or evening gowns, midis, maxis, minis and even micro-minis to the amusement of young, not so young and even far less young! C’est la vie! But I still believe nothing beats a sari with kor! Parsi men may be in suits, shirt-sleeves, jeans chinos, t-shirts or even pathani dress – but the good ‘ol dugli is the best!