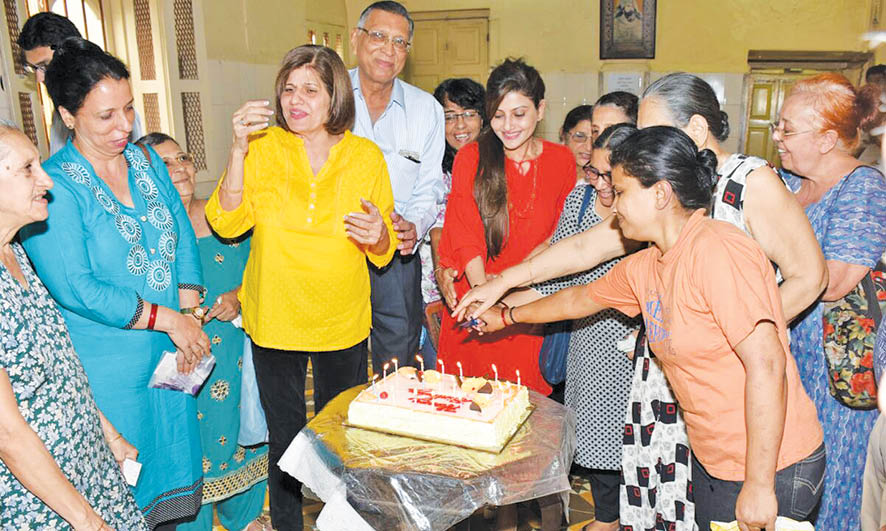 The Zoroastrian Trust Funds of India (ZTFI) held its monthly ‘Feed-a-Family’ program on November 19, 2016 at Cama Baug, Mumbai. An excellent initiative launched by ZTFI’s dynamic Trustee, Yasmin Mistry, the program has recently introduced a new segment titled ‘My Wish’ for the beneficiaries to stand chance to be awarded household items / branded appliances of their choice, should they be selected in a lucky draw. Yasmin announced October’s three lucky winners and proceeded to call out the winners for November, who would be awarded in the forthcoming month’s program.

As is practice, a cake was cut celebrating the birthdays of all born in November- another heart-warming initiative introduced in the ‘Feed-a-Family’ program. The beneficiaries voiced their heartfelt gratitude. And finally, as is done at the conclusion of every session, packets containing important provisions, toiletries and other essentials were distributed to all in need.

“My family is known for its history of dedicating ourselves to community service and I endeavour to keep that noble tradition alive. In service, there lies a genuine sense of happiness like no other. Nothing pleases me more than seeing smiles break out on the faces of all our community members that we are blessed enough to be able to serve,” says the dynamic young philanthropist Yasmin Mistry, daughter of the much-loved Ex BPP Trustee, Arnavaz Mistry who is known for her selfless dedication to the community for over three decades.

As yet another successful event by ‘Team ZTFI’ concluded, a special note of thanks is given to the Trustees of Cama Baug for allowing the free usage of the hall for this humane deed, as also to photographer Farokh Mojia.

And now, You too can partake in spreading joy and helping our lesser privileged brethren by becoming a donor – for a sum as low as Rs.6000/- per annum! Share in the sense of fulfilment by contributing towards this cause so that no Parsi / Irani Zoroastrian has to go to bed hungry. Write your cheques in favour of: Zoroastrian Trust Funds Of India. For details, contact Boman Mistry at 9821438722.
403