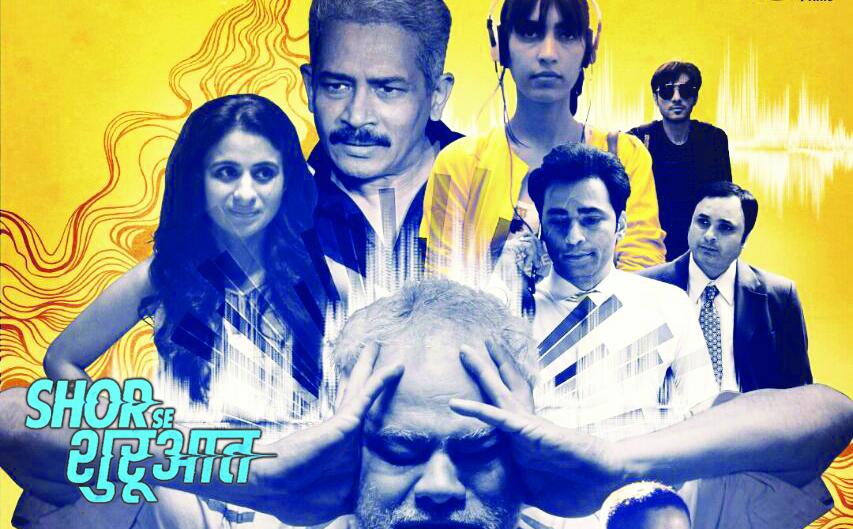 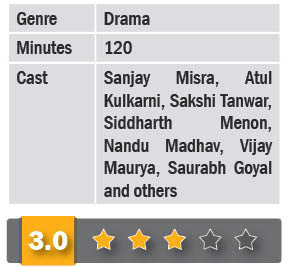 Marking the fourth year of Humaaramovie’s annual short filmmaking competition is a bouquet of seven short films — all with the theme ‘Shor’ (noise) — made by upcoming and talented directors and mentored by acclaimed directors such as Shyam Benegal, Mira Nair, Imtiaz Ali, Zoya Akhtar, Homi Adajania, Sriram Raghavan and Nagesh Kukunoor.

Bholanath Trivedi is in a dilemma. Hounded by  Ashok Chaturvedi, the sales executive of Pistachio Telecom on the one side and Shiv Kumar of Saffron Mobile on the other, he is confounded as to which brand he should opt. Torn between the oscillating sales pitch of the two, it’s a world of escalating noise…

A man goes missing. Azaad is the story of a dysfunctional father-and-son relationship.

After emerging from an upsetting ordeal, a young girl takes charge of her life. MIA I’M is a lesson in social media culture.

Ten-year-old aurally impaired Aamer’s mother buys him a hearing- aid. Having lived in the slums and streets of Mumbai, its been a fascination for commonplace objects such as flowers, clothes, etc., for him.  The hearing-aid changes his perception of life.  Technology alters one’s view of life.

With shades of post-interval ‘Being Cyrus’, it’s an abstract story of a girl for whom even the slightest of sounds is a noisy world. Coexisting in a world where a boy finds even the lightest of colours kaleidoscopic and psychedelic, they manage to eke out an existence of their choice.

When strict noise (decibel) control rules are promulgated, citizens are in a quandary.  Lina has problems sleeping as she is used to a certain level of sound.  Checking into a Sleep Disorder Facility, she defies the laid-down norms and is incorrigible.  The superintendent, though compassionate, is helpless.

The most poignant of the seven shorts, it’s the story of a criminal (Sanjay Misra) held in solitary confinement.  Seeking answers which are not forthcoming, he lives in hope.  What is that hope, he ask himself as he takes the long walk…

All seven films have a common thread — Shor.  Whether it’s freedom of speech or the absence of it, what constitutes acceptable sound, and tolerable silence is the crux of the seven short stories.