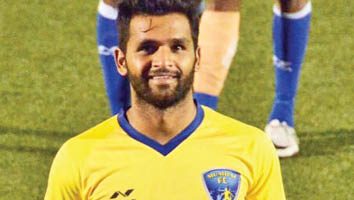 25-year-old Ratan Khandadia, has been selected for Mumbai’s prestigious football club, ‘Mumbai FC’. Passionate about the game since he was just 7, Ratan represented his school (JN Petit, Pune) in his first tournament at the age of 10 and was declared its highest scorer! Ratan trained at Tata football academy, Jamshedpur for eighteen months and now wishes to pursue it as a career. Earlier, Ratan has played for DSK Shivajians FC, Pune, Royal Rangers SC, Delhi, PIFA Colaba, Mumbai FC (Under-19) and was also the Captain of the Maharashtra Under-14 team that played the Subroto cup played in Delhi in 2004.