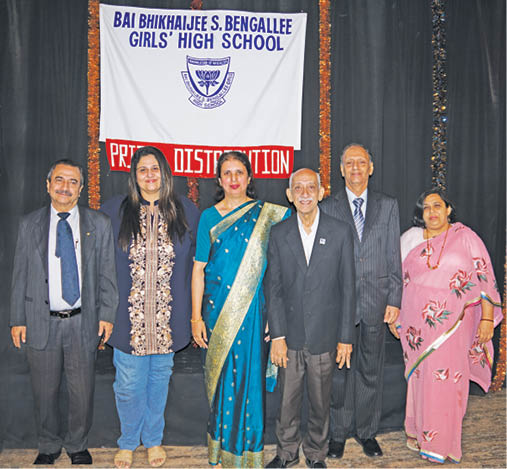 The auditorium was packed with the chirpy school girls and their proud parents. The function started with the rendition of the National Anthem, followed by the school anthem sung enthusiastically by the students of the 10th Grade. This was followed by a song sung by the students of Class I and II, dressed in delightful costumes, which delighted the audience. A couple of skits enacted by students of the primary grades had the audiences once again cheering as the girls stole their hearts with their performances in ‘Snow White And The Seven Dwarfs’ and ‘Techno Geeks’. 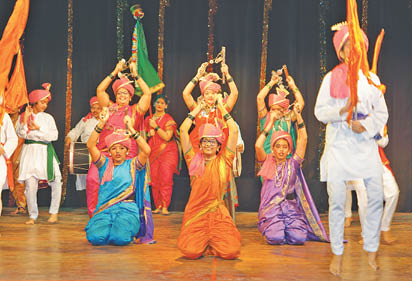 Next was the Prize Distribution ceremony where the Principal, Kashmira Bulsara commended the students for their performance and motivated them to sustain the hard work and strive towards excellence. Chief Guest, Anahita Subedar, Editor of Parsi Times, gave away over 50 prizes to the students for the academic year 2015-2016, and spoke on how education for girls empowers them with the confidence and the skills to succeed in life beyond academics and careers. Class I student Taronish Tangri won the The PGSA Prize for General Proficiency, English, Maths and Art, and Class II student Vahista Avari was awarded the ‘Late Mrs. Perin D. Mehta Trophy for the Best Parsee Pupil In The Primary  Section’ as well as the PGSA Prize for General Proficiency, English, Maths and Art. This followed into a brief intermission which led to the final act – a dazzling dance performance by the seniors titled ‘Jai Maharashtra’, where the dynamic girls, dressed in beautiful ethnic costumes, portrayed well-choreographed Maharshtrian cultural dances including the Koli and Lezim, dedicated to Ganpati, Vitthal and Gudi Padwa – marking the end of the delightful event.

“At Bengallee’s, we give equal importance to academics as well as to cultural and moral values, thereby ensuring that our students become responsible, honest and well-disciplined citizens of the future,” said the graceful Principal of Bengallee Girls High School, Kashmira Bulsara.