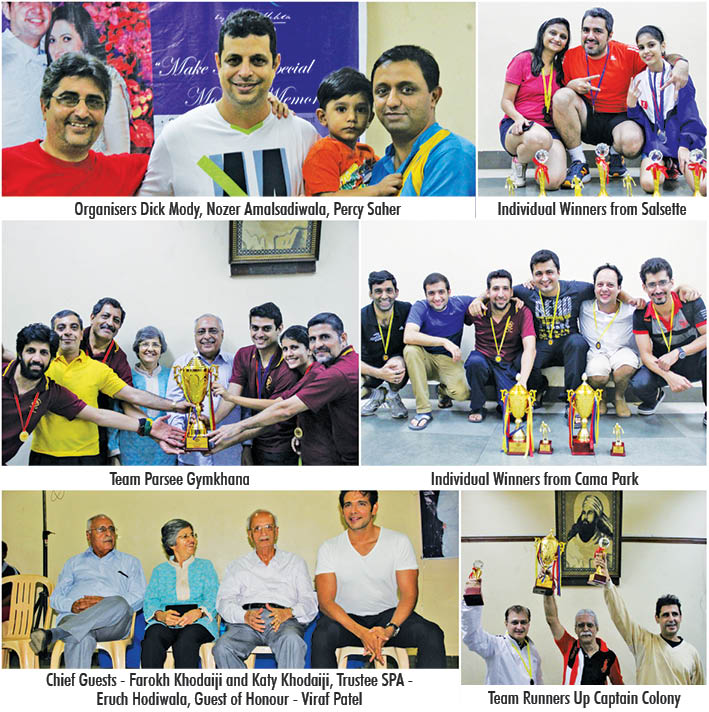 Salsette Parsi Youth (SPY) welcomed 2017 by hosting the All Parsees Table Tennis Tournament at Salsette Parsi Colony on 7th and 8th January, 2017. A large turnout of hundred participants, with ages ranging from 7 to 75 years, participated from Mumbai, Thane, Gujarat and Pune. A record number of over 275 matches were conducted across 9 events. Maximum titles were bagged by the Parsi Gymkhana representatives, followed by Captain Colony and Cama Park; the Under-14 and Ladies events were dominated by Salsette.

The results are as follows: 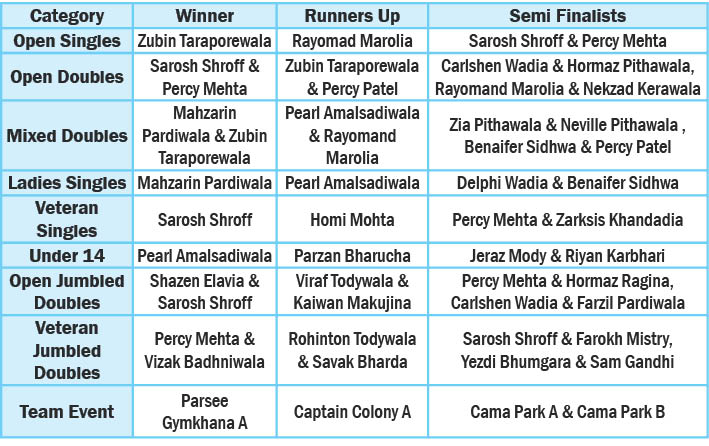 Prizes were awarded to winners by Chief Guests – former National Table Tennis Champions and first Arjuna Awardee couple – Farokh and Katy Khodaiji; Guest of Honour, model and TV personality, Viraf Patel; and senior Trustee of Salsette Parsi Association, Eruch Hodiwala. Team SPY and the organisers thanks all the sponsors, participants, referees, volunteers and friends for the success of the tournament.