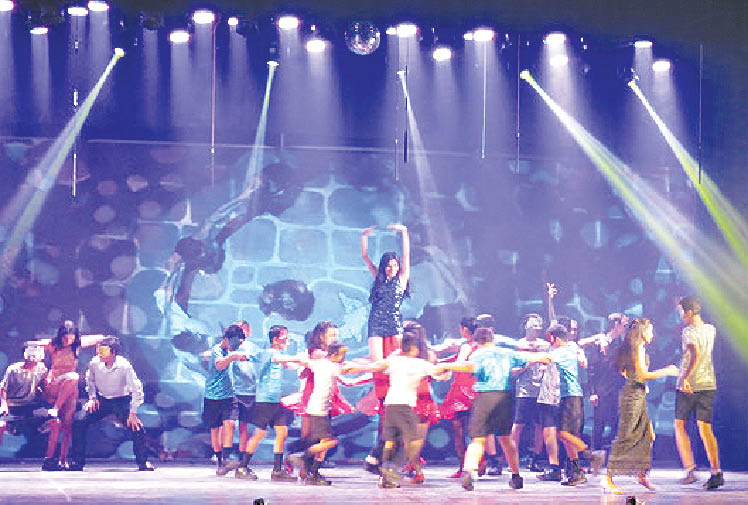 Activity High School celebrated its Annual Day on 25th January, 2017, at the Sophia Bhabha Auditorium with acclaimed Creative Director of film ‘Taare Zameen Par’ and other children-focused movies, Amol Gupte, as their Chief Guest. The evening began with Gupte distributing awards to the ICSE exam achievers with scores as high as 97%, as well as to a few current students who have pushed the boundaries of excellence. The main focus of the evening was the musical, ‘Mamma Mia’ enacted and danced gracefully by the students, while photographer, Sam Bagli made sure every scene was complete with outstanding visual effects, thus taking the audience on a memory trip back to the 70s. The children enacted the edited version of the movie with all the foot tapping, while ensuring the mannerisms of the 70s was adapted to precision. Actors, Spanishta Irani and Yazishni Dubash were applauded for their marvellous performances. Amol Gupte commended the show and congratulated Principal Perin Bagli for conceptualising a great show, comparing her to a ‘Magic Teacher’ who was the wind beneath her students’ wings. The interval was followed by ‘Faith Leads The Way’, a sequence of fourteen dance performances choreographed by Hetal Karmarkar, depicting diverse castes and religions with an underlying message of humanity.  The Zoroastrian Segment had little children singing ‘Khudawen Khawen’ and ‘Chhaye Hame Zarthosti’, making the audience ask for more. The evening concluded with a grand finale performance portraying oneness and peace.