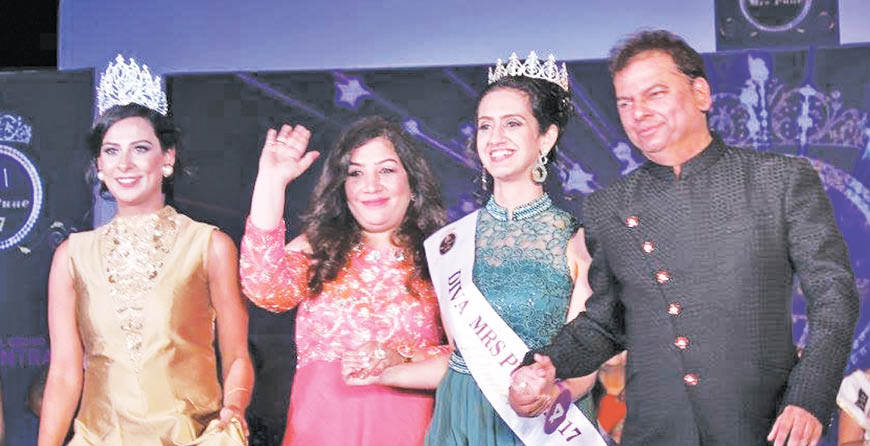 Anaita Deboo wowed all with her beauty and brains to win the ‘DIVA Mrs. Pune Pageant’ held at Royal Orchid Central in Pune, on 4th February, 2017. She also won the ‘Mrs. Radiance’ award. The thirty-one-year-old Relationship Manager with HDFC Bank lives with her husband and her five-year-old daughter. Speaking with Parsi Times, Anaita said, “I remember beginning my winning introduction at the Pageant by letting everyone know that I am a Parsi in a humorous way. I said, ‘thirty-one years ago there was a man running through the corridors of Jehangir Nursing Home celebrating the birth of his daughter. Tonight, that man is going to be jumping like a crazy Parsi clown, if I dawn the crown!’ Only Parsis can take a dig at themselves in full honour! I believe Parsi women can achieve all our dreams and that marriage and kids are just an excuse for those who don’t!” Anaita is grateful to her family for being supportive of her ambitions.