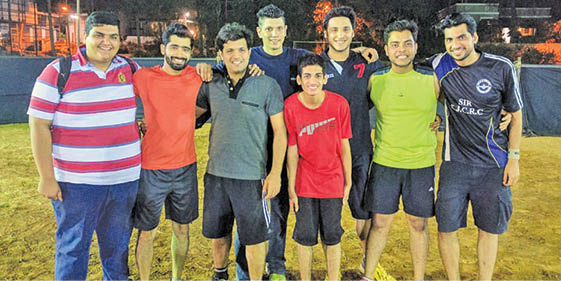 Malcolm Baug Parsi Gymkhana (MBPG) organised its 3rd ‘All-Parsi Flood-Lit Box Cricket Tournament’ on 28th and 29th January, 2017, with 16 teams participating and over 150 cheering spectators. The event showcased exceptional fielding and master strokes, especially during the Salsette V/s CJ Colony finals, with the latter lifting the trophy, thanks to the contribution of Porus Irani, who was also declared ‘The Player Of The Tournament’. The celebrations concluded with a feast organised by the Malcolm Baug Parsi Gymkhana.