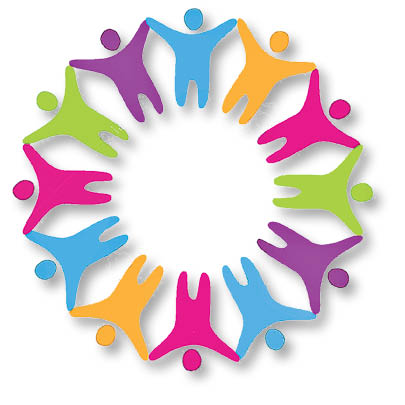 Most communities see us as prosperous. But, that’s not entirely true. We have some pockets of affluence, but, also larger pockets of want and mediocrity. As a community, what is it that we need the most? Some say, “more houses for young couples”; while others say, “reservation of seats in medical and engineering colleges.” The moot question is, why is our prosperity on the downslide? Is it a lack of enterprise? Has that ‘fire in our belly’ been snuffed out? Have our charities made us lazy? Sociologists may give you a hundred more reasons. However, to my mind, Prosperity can only come when there is Progress, and Progress is possible only if there is Peace. Therefore, to my mind, what we need most is ‘Peace’ and ‘Unity’.

Peace is an outcome of harmony characterized by the lack of violence (be it in thought, word or deed). Peace comes from ‘freedom from fear’ and the absence of hostility and vengeance. But, above all else, peace requires sincere and repeated attempts at reconciliation.

In the Zoroastrian tradition, there is a beautiful term, ‘Hamā-zor’ which captures the spirit of peace, harmony and unity. ‘Hama’ means ‘together’ and ‘Zor’ means strength. It literally means: Strength that comes from togetherness or unity. In the Āfrin-ī-Gāhambār we pray, “Hamā-zor bād vehāne haft-keshvar zamīn … emān avā eshān, eshān avā emān, hamā-zor ham-baher, ham-yāred”, which means, “May we all cooperate with the righteous men of the seven regions (the whole world) …. May we be one with them and may they be one with us. May we all benefit and help one another.” During the Jashan ceremony, Zoroastrian priests offer a special handshake to each other reciting “Hamāzor hamā asho bed” or “May we be united in spiritual strength, may we all be righteous in our actions.”

There was a time, five centuries before the birth of the Christ, when Persian Zoroastrians ruled over more than half the known world of that period. They were the first to envision the concept of a world empire. How did they do that? Cyrus the Great, who founded the Achaemenian Empire, was a skillful monarch. He adopted a policy of tolerance toward the countries he conquered. For example, he allowed them to speak their own languages, practice their own religions, and follow their own ways of life. He also declared the first Charter of Human Rights. Etched on a clay cylinder, this charter enshrined Cyrus’ policies on freedom and tolerance. His respect for the people made Cyrus popular and made it easier for him to create a peaceful and stable empire.

Building on what Cyrus the Great had achieved, Darius divided the Persian Empire into several provinces to make it easier to govern. He appointed governors called ‘satrap’ to carry out his orders in each province and to collect taxes. Darius also started use of a Royal Road that allowed messages, soldiers, and mail to be sent quickly across the empire. He promoted trade and business and established a law code.

The Achaemenians were not only tolerant of different cultures and creed but, even celebrated the rich diversity of their kingdom every year during the spring festival at Persepolis. This spring capital was the UNO of that period.

An inscription by Darius the Great at Persepolis reads as follows: “A great god is Ahura Mazda who created happiness for man… By the Grace of Ahura Mazda I am of such a sort, I am a friend of the right, of the wrong I am not a friend. It is not my wish that the weak should have harm done him by the strong, nor is it my wish that the strong should have harm done him by the weak. … To the man who is a follower of the lie I am no friend. I am not hot-tempered. What things develop in my anger, I hold firmly under control by my thinking power. … What a man does or performs, according to his ability, by that I become satisfied with him.”

What is the lesson of history from all this for all of us? It was Peace that the Achaemenians cherished, valued and emulated that led to Progress and it was Progress that led to Prosperity. Therefore, let us endeavour to promote peace tolerance and understanding. Let us endeavour to build and work on our strengths and try to ignore our weaknesses for it is only our strengths that can give us the energy to correct our weaknesses.

As a community, let us remain open to social and economic changes, but not at the cost of our values, ethos, culture or identity. As Mahatma Gandhi used to say, “You must open the windows of your mind, but you must not be swept off your feet by the breeze”. But, above all else, let us endeavour to become more tolerant. Let us accept the fact that the very best among us hold
either traditional or liberal views. If a fellow Parsi Zoroastrian is either a traditional or liberal by conviction or on account of his/her upbringing, let us respect that individual’s right to his/her opinion. Let us resolve that we shall respond to all issues, social, economic or religious with proper evaluation and a calm mind instead of reacting impulsively and without adequate thinking.

To reiterate, May the 3Ps be our motto – Peace, Progress and Prosperity!