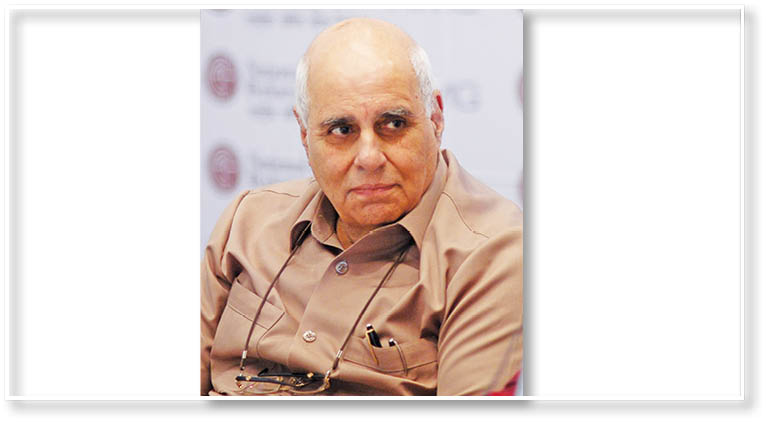 The love and patronship of Western Classical Music has, from the times of yore, been the stronghold of our Parsi Community. However, over the past couple of decades, the dwindling of the Parsi population has seen a corresponding decline in the Parsi participation and patronisation of Western Classical Music (WCM). Fortunately, there are a few staunch loyalists who keep the WCM flag flying high with their untiring efforts and self-motivated enthusiasm – on both levels – personal and professional. With the intent to arrest the waning of this wondrous form of music within our community, Parsi Times Editor, Anahita Subedar catches up with one of the nation’s leading connoisseurs of WCM, our very own Khushroo Suntook, Chairman of the NCPA, who reminisces and shares special nuggets of interesting information with our readers, in an attempt to re-acquaint you to the joys of WCM and to rekindle the passion in those who seem to have lost it in the more cumbersome pursuits of life’s realities.
Khushroo Suntook BA, LLB, Advocate, FCS, is a descendant of a distinguished line of lawyers. His maternal great grandfather, Sir Dinshah Davar, and grandfather, Justice Jehangir Davar were celebrated judges of the Bombay High Court. His father, Nariman Suntook was Mumbai’s leading solicitor and senior partner of M/s Mulla & Mulla, & Craigie Blunt and Caroe. His mother was the granddaughter of Sir Jamsetji Jeejeebhoy, 5th Baronet. Khushroo Suntook has served as an independent Director on numerous prominent Indian companies, including the House of Tata, where he served in several senior capacities for 32 years as Director across its numerous Boards. He was also the President of the prestigious Council for Fair Business Practices. And if that weren’t enough, he even sustained an admirable sporting career both as a tennis player (National Level) and a sports administrator. But through these awe-inspiring achievements in life, his greatest passion has been music. An acknowledged authority, particularly on Western Classical Music, he was hand-picked by the founder and creator of The NCPA Mumbai, Dr. Jamshed Bhabha, as his successor. 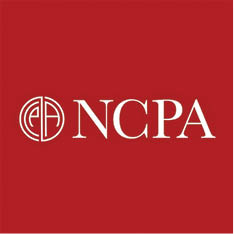 Khushroo Suntook is one of the founders of India’s first ever, fully professional orchestra – the Symphony Orchestra of India (SOI). This daring move has been a resounding success, having played out 20 seasons in Mumbai, and touring with performances in Switzerland, London, Russia, Oman, Abu Dabhi, etc. Yet another highly successful and commendable initiative taken, was the establishment of the Advanced School of Music. Under his stewardship, the seasons of all genres presented at the NCPA have experienced a resurgence, as never before. The rare combination of his extensive knowledge in Western Classical Music and his wide array of global connections in the world of the performing arts, come together to deliver justice to Western Classical Music and its lovers!

Western Classical Music And Its Relevance And Patronization By Parsis…

Says Khushroo Suntook, “Western Classical Music has been prevalent in many Parsi homes. I remember in the ’40s and ’50s, there used to be great interest in buying records and attending concerts, especially by foreign artists. There were musicians like Mehli Mehta (father of Zubin Mehta), who taught the violin. Also, there was The Gramophone Society in the lane of Rhythm House, run by its patron, Kaikhusroo Cama, who always looked the perfect Parsi dressed in his dagli, but had an immeasurable knowledge of Opera. As a young boy, I remember turning records at his home at Walkeshwar, when he had listening sessions. They would make me play great operas and symphonies, from his grand collection – over 2,000 odd 70rpms – which he eventually sold to me, making me the proud owner of the same!

There was a predominance of Parsis attending concerts in WCM then with nearly 80% Parsis in the audience! Unfortunately, this support has dwindled now. There were so many participants and significant contributors to WCM. There is no denying the creative bent in Parsis – there is always some work of art in most Parsi homes. There’s always been this attraction towards this art, but it gets overshadowed by the fear of failure – and it is that sense of fear that the community leaders ought to exhorcise with their active support. Earlier, I remember, we would have so many BPP Trustees attending concerts, but I hardly see any now. We need to make a concerted effort, as a community and as leaders, to encourage our good teachers to pursue a profession in WCM, so they can get the best out of our students, and create more Zubin Mehtas! NCPA is committed towards this goal and we look forward to seeing many more Parsi enthusiasts in our Symphony of India (SOI) orchestra and the Advanced School.”

The Myth About A Career In WCM:

“Even now, the majority of concert goers for WCM are Parsis, but the scene is changing as WCM has won over a number of Indian enthusaists, even as Parsi patronisation has gone down. Even in our Advanced School Of Music, there’s a majority of non-Parsis. This could be because there is a general misperception amongst parents that this is not a real profession and might not make you succeed, so do not encourage their children in the field of music. In our small community we have so many global stars in addition to Zubin Mehta… Fali Pavri is a pianist who trained in Moscow Academy for seven years and is currently the Professor of Music at Glasgow and doing very well! Our young Counter Tenor, Bejan Mehta, is among the top 3 in the world. Then there was Freddie Mercury too! Some of our kin are playing in orchestras all over the world but we don’t hear too much as they may have left India for a
global stage but they’ve done very well. At our Advanced School, we had a brilliant pianist, Soli Nicholson, a teenager, whose passion for music is unbelievable and he progressed like a meteor in our Advanced School. He’s abroad and doing
extremely well there. I hope to give him a concert soon!

The NCPA is always ready to encourage everybody to hone themselves in WCM and I’m particularly happy to see some Parsis still carrying that flag today.”

“If your child is talented, please encourage them to pursue this passion and let them go. Everybody wants a cricketer cause that’s where the money is! Earlier, we were encouraged to pursue passions. This still happens but only abroad – maybe that is why we see an alarming increase in Parsis moving out of India! These days, children are so caught up in academics and social media platforms that they end up missing out on a holistic education. Music and the arts mould your personality in a way nothing else can. They enrich the soul and fill you with substance. Do encourage your children to participate in arts and performing arts, rather than various other attractions which neither bear any real fruit nor add to their development. Create an atmosphere to encourage art at home. Make them grow up listening to great music.”

Reaching Out To WCM enthusiasts and the Parsi Community through Parsi Times:

“The NCPA is very happy to start a column with PT that will encourage and rekindle the love for Western Classical Music in our community. Being a secular institution, our aim is to encourage all children to participate. But with the Parsis’ prominent love for music, and our WCM patrons being predominantly Parsis, I believe Parsi Times is the relevant paper to share information within the community.

Jamshedi Navroz Mubarak to all!”