King Jamshid of Persia is said to have invented the process of making Grape-wine several millennia ago. This beverage, besides being pleasant to taste and giving a sense of wellbeing, when consumed in right quantity, gave such beneficial results that it came to be called Shah-daroo, the royal-medicine or the king’s medicine.

With a history like this behind us it is but natural that us Parsis love to imbibe a cup of kindness as the poet Robert Burns calls it, but in moderation, as in everything else that Parsis do. This Shah-daroo is but a narrow domestic view of many Parsis, including my late grandma Tehmina. She would reach for the bottle of ‘barandine’ (or Brandy, as the old-timers called it) at the very first sign of cough, cold, or any one of the long line of ailments that it was supposed to cure. Good ol’ barandine, that too Hennessey Cognac, was used even for rubs during fever. This can come under the heading of ‘sacrilege’ in present times when Cognac is scarce and obscenely expensive.

Unfortunately, the then Chief Minister Balasaheb Kher and the great anti-liquor crusader Morarji Desai did not see eye to eye with my grandmother. They felt that consumption of alcohol was an evil habit and should be banned for the greater good of the people of the then State of Bombay, and even India as a nation. The Bombay Prohibition Act, 1949 of the Bombay Legislative Assembly came into force on 16th June, 1949, by which all the manufacture, transport, sale, purchase, and consumption of alcohol was banned and prohibited in the State of Bombay. It became a crime to purchase, consume or serve liquor and anyone found guilty was liable to a heavy fine or a stiff prison term.

Permits were issued strictly on medical grounds to purchase, carry and consume liquor to a small number of people above the age of forty, and these permits were not at all easy to obtain. Each permit holder could possess only a certain number of units of alcohol, one unit being 750 ml of hard liquor or 1500 ml of wine or 2600 ml of beer. To the best of my knowledge, one person was permitted only 4 units per month, upto 1963, when the prohibition was relaxed. By then Bombay was bifurcated into two States Maharashtra and Gujarat (1960).

Even now the Bombay Prohibition Act is still in force in Maharashtra, albeit observed more in breach! Permit is required to purchase, carry or consume liquor in Maharashtra but now, one is allowed 12 units, i.e. 12 bottles of 750 ml of hard liquor. In Gujarat, the prohibition is still in force with very rigid penalties to law breakers. Ironically, it is often said that more Scotch is sold in Gujarat than it is produced in Scotland! 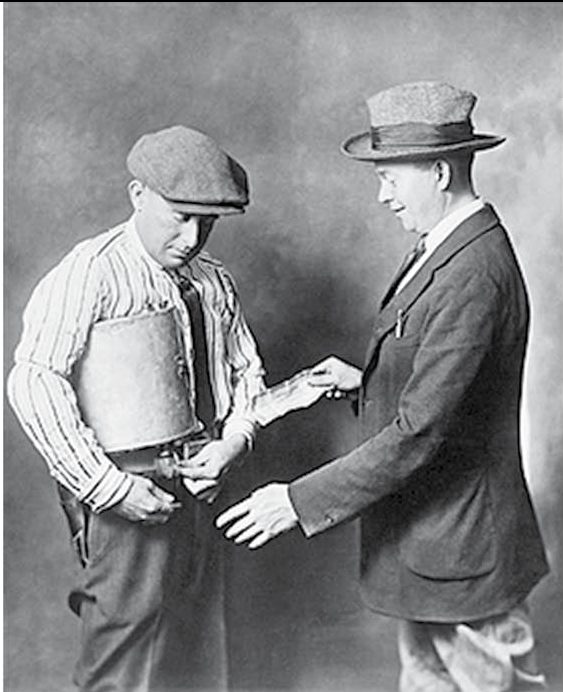 From the very outset a new window of opportunity for illicit business was opened. A new breed of men came into being in India – the bootleggers. Hooch distilleries mushroomed all over what was still Bombay and not Mumbai; from tony flats of South Bombay to Antop Hill, Sion, Dharavi and the swamps of Andheri, Jogeshwari and beyond. It was made from jaggery that was soaked in barrels of water into which navsadar, (often mispronounced as navsagar) or Ammonium Chloride was added, to aid the fermentation process. This was called the ‘wash’. Used battery cells were also added to speed up the fermentation. The fermented wash was then distilled into country liquor. People paid premium price for the ‘Pehli dhar’ (the first flow), the first couple of bottles of the distillate to be filled up. This was the strongest stuff.

Beyond the west wall of the Malcolm Baug Parsi Colony at Jogeshwari, one could espy flickering fires of the local distilleries or bhattis, at a distance in the then swampy woods at night. One could see the silhouette of runners jumping over the wall of Malcolm Baug with what we presumed were football bladders filled with hooch to be supplied to the dens or addas. Bootleg brought from out of deep suburbs of Bombay and even further, in football bladders and tyre-tubes were thrown out of trains just before they would slow down before Andheri and Jogeshwari stations.  There were men ready in waiting to pick them up for further distribution. Passengers remained silent spectators. All these activities brought back to mind the lines from Rudyard Kipling’s poem, “Them that ask no question, isn’t told a lie, Watch the wall my darling while the gentlemen go by.”

From the very outset, the prohibition was an abysmal failure. It acted as the mother of all the major corruption in Bombay that is now Mumbai. Liquor flowed as always. L’eau de la Vie from France, the amber nectar from the glens of Scotland and the valleys of Solan and Kasauli were all available but at a premium. By and large the tippler population was easily and conveniently supplied its quota of sundowners by their own friendly neighborhood bootleggers. Small time criminals found a new opening and some of them became liquor barons. They later branched out to yet another form of ‘bootleg’ – the smuggling of goods that were banned from being imported. Gold and silver to shampoos and soaps, cheese to Chanel and Dior, cameras, stereos, hair-dryers and a wide variety of electronic goods, all became freely available on Mumbai’s footpaths between Fort area and VT (now CST). This heralded the beginning of pedestrians being pushed off the pavements onto the roads. Morarjibhai’s prohibition which had begun with a good intention, unintentionally birthed the mafia of Mumbai. It prevented very little and lost a lot by way of the loss of revenue.

Parsis were hard hit not just because they liked downing a peg or two at the Happy Hour, but also because their flourishing business in wines and spirits was destroyed. The sale, transport and manufacture of liquor went underground and business in spurious liquor began to flourish. The principal supporter of the Prohibition, CM Morarji Desai had altruistic reasons but Parsi pockets were hard hit by his infliction, besides denying them of their love for the right stuff after a hard day. This made Morarjibhai the most disliked CM ever amongst our community and amongst all the fire-juice loving people. Songs were composed criticizing him. One of them, a very popular ditty then rued thus, ‘O Morarjibhai, Mumbai ma rehta hum ne bhari padi gaich.’ (O Morarjibhai, it has become difficult for us to live in Mumbai).

One can be forgiven for saying that prohibition of alcohol was a monomania with Morarjibhai, and this pet monomania did not leave him even after he became the PM! All except few of his sanctimonious supporters realized that Prohibition was a complete failure in Bombay. Liquor flourished and the State lost heavily in earned revenue. He continued to moralize on the evils of drinking, but people went on regardless. He was of the opinion that alcohol acted as nothing but anesthesia for the body. As PM, he proclaimed, “I’m afraid this country will not be true to its heritage if it doesn’t introduce prohibition as soon as possible. As time passes, the evil grows and if this evil catches everybody, God help us!”

Even so, all the while this new ‘cottage industry’ flourished, the excise revenue dwindled. Fort area had a number of Parsi suppliers. They claimed their moonshine was not harmful because they used yeast instead of nausadar to speed up the fermentation process. A dog-loving Parsi lady used to have a small but select clientele that swore by the quality of her product. Yet another Parsi gent used to distribute his produce in hot-water bottles, half tucked inside his trousers, the upper part being covered by his bush-shirt. This made him develop a style of walking almost akin to that of a pregnant woman even when he was not delivering the hot stuff, earning him the cognomen ‘Pregnant Papa’! 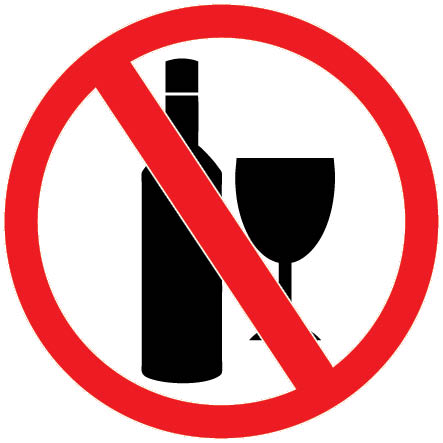 Another Parsi gent, handsome and affable, often seen strolling along the Marine Drive promenade, with his well-dressed wife and children, or going to the races during the season – a picture of a successful executive, but in reality was a specialist in making ‘Foreign Liquor’, especially Scotch and Cognac Brandy.  He would concoct his produce using alcohol base i.e. ‘neutral spirits’ and added to it the essences of whiskey or brandy that he used to obtain from a licensed importer. His sealing and capping of the bottle, with the tape of Bombay Excise across the top was a work of art, a fine work to behold. Having surreptitiously tasted it from my father’s cabinet as a boy I found it good but it was not the Real McCoy.

And then there was a gentleman, wealthy and very refined, attired in the Parsi ‘duglo’ and ‘phenta’ worn a bit askew in a slightly rakish manner. Like bar-hopping done in many Western countries, he would go from one speakeasy to another, about three come the sunset, tasting and judging the ware and happily advising the patron of the bar on how to improve his product by ‘adding grapes, chickoos, jamoons, guavas and a variety of cheaply available over-ripe fruits to molasses to create wash for distillation’. The bar owner would listen with rapt attention with an assurance that the next batch they would produce would be with the suggested fruits. They respected him a lot. He would quaff down his drink and tell the patron to write it down on his account which they would do without a whimper. On the first of every month, when people would be listening to the song ‘Aaj pehli tarikh hai’ blaring away on Vividhbharati on their radio set, he would be settling his monthly dues with generous tip to the boys who served him.

At Parsi weddings and Navjot ceremonies only soft drinks were served. Unlike nowadays neither starters nor any liquor was served. After the end of the ceremonies, the Bacchus loving Bawajis in their white traditional dresses, and headwear of ‘Pagris’ and ‘Phentas’ worn by all the gents as a dress code prevalent then, would be seen trickling out of the wedding venue making a beeline to the nearest speakeasy for their pre-prandial peg or two to be back in time before the announcement, ‘Jhamva chalo ji’ was made!

Zealous, or rather, over-zealous puritans have tried time and again to rid the human society of drinking, gambling, and the world’s oldest profession, but failed every time. Unfortunately, our netas seem impervious to learning lessons from history. Prohibition has failed in the past and will fail again. People will drink, but the secret of enjoying this happy potion is to practice moderation. The sixteenth century writer Ralph Hollingshed came up with this classic gem about drinking in moderation. He wrote, “Being moderately taken it cutteth fleume, it lighteneth the mynd, it quickeneth the spirits, it cureth hydropsie, etc., etc.  and also it kepyth and preserveth the hed from whirlying, eyes from dazelying, the tongue from lisping, and more….the hands from shivering, sinews from shrinking, the vynes from crumpling, bones from ayking, the marrow from soakying.  And truly it is sovereign liquor if it be orderly taken.”  If Hollingshed had a glimpse of future he would also have added “drivying and dryinking quickeneth death!”