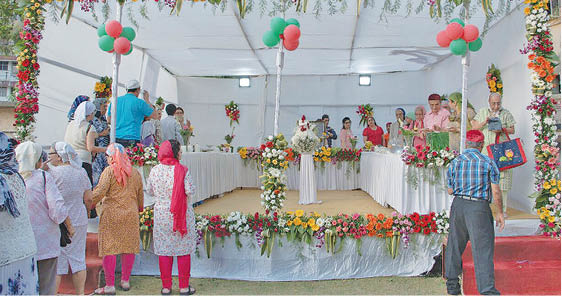 Under the aegis of Bharucha Baug Association (BBA), the Parsi/Irani Zoroastrian Youth of Western Suburbs celebrated Jamshedi Navroz on 20th March, 2017, with a humbandagi, followed by the inauguration of an elaborate Meiz-E-Murad, also known as the ‘Wishing Table’. Following a ‘Khushali-Nu-Jasan’, Vada Dasturji Khurshed Dastoor delivered a discourse on ‘Unity In Our Community’. Chief Guest for the evening and Chairman of the World Zoroastrian Organisation Trust, Dinshaw Tamboly along with his wife, Bachi Tamboly, BPP Trustees

Kersi Randeria and  Viraf Mehta, along with local BJP MLA, Ameet Satam and Hoshang Jal of Colaba, graced the occasion and spoke on the importance of  unity for the future prosperity and progr           ss of our community. Respect for diverse views and opinions of well-meaning leaders and members of our community was emphasised for a progressive community like ours.  The highlight of the evening was the nine song and dance items presented by the children of the Baug and choreographed by Sarosh Dolasha. Community singer, Marzban Wadia presented a few of his unique creations, accompanied by his choreographer son, Sherzad Wadia, who with his troop presented entertaining items. The programme concluded with a vote of thanks proposed by BBA President, Bahadur Avari.