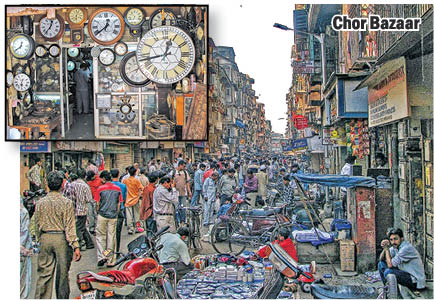 Chor Bazar: Chor Bazaar, located near Bhendi Bazaar in South Mumbai, is one of the largest flea markets and tourist attractions of Mumbai. The word ‘chor’ means thief in Marathi and the market is thought to have originally been called ‘Shor Bazaar’, meaning noisy market. The current name is actually the result of the British mispronunciation! Chor Bazaar is said to sell mainly second-hand goods and stolen goods. The market is now famous for antique and vintage items. A popular story about the origin of the name of the market is that a violin and some other belongings of Queen Victoria went missing while being unloaded from her ship while on a visit to Bombay, and were later found for sale in the ‘thieves’ market’. 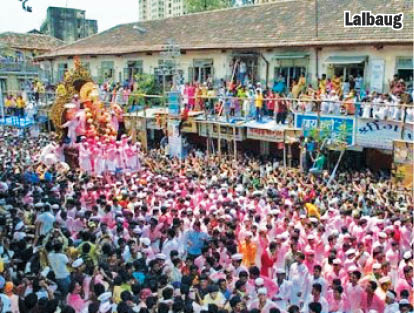 Lalbaug: Lalbaug, in the early 1900s, along with areas like Worli and Parel, was initially known as Girangaon or ‘the village of the mills’. It is said that at the heart of Lalbaug, stood a market place which was later shut down in 1932. It is then that the vendors and fishermen, whose livelihood was affected, took a vow and prayed to Lord Ganesh to help cut out obstacles and let the market re-open, to re-acclaim their source of livelihood. Their wish was fulfilled when a plot of land was granted to construct a permanent market, which is today’s ‘Lalbaug Market’. On 12th September, 1934, as a mark of gratitude, the traders set up an idol of Ganesha which is still considered a wish-fulfilling deity (Navsacha Ganpati), fondly known as Lalbaug cha Raja, with people queuing up for hours for darshan.