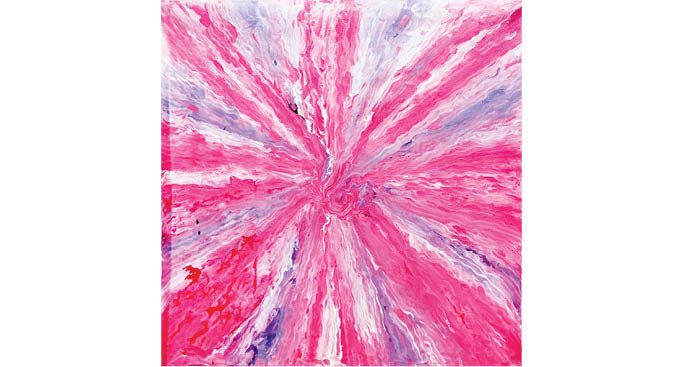 Associated with Cosmic Heart Gallery, artist Natasha Lalla has showcased her works nationally at various solo and group exhibitions, art festivals, including the India Art Festival and the Jaipur Art Summit, as well as Internationally, in New York, Chicago and USA. Parsi Times Arts writer, Razvin Namdarian reviews her solo show, ‘Parallel Realities’ at the Cosmic Heart Gallery which is being held till 15th April, 2017. 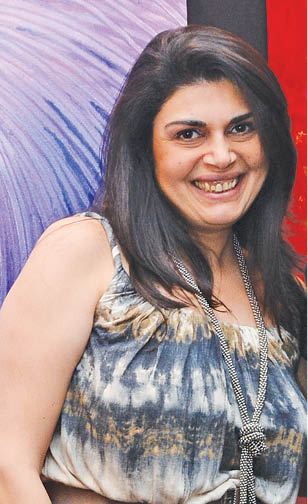 Natasha Lalla is one of the few talented artists in the world who paints the canvas with only her fingers. Currently on display at the Cosmic Heart Gallery, her series, ‘Parallel Realities’ focuses on the ‘realities’ that unite and circumnavigate the pattern of colourful swirls. Exploring her works, Natasha says, “To me, it is enormously exciting, to step outside every day and look at the universe, within these mathematical terms, on its grandest scales. It is at once humbling and stirring to imagine just how expansive reality may be.”

In her paintings, she has drawn on her artistic sensibilities to create the realm that is unnoticed and unknown – the parallel reality, where one can be lost in the whirls of colour across the canvas. In all her works, there appears a pattern to the random swirls of colours each connected to other by unseen forces. Making a good investment, the paintings are sold at reasonable price, since both Jalpa, the Creative Head and Director of the gallery and Natasha want the works to be accessible to art lovers. “We would advocate purchasing a painting because it appeals to you, but even when one considers the investment perspective, there’s been an almost 20% appreciation in the prices of Natasha’s works”, Jalpa says.