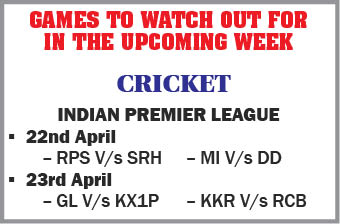 Kane Williamson, Siddharth Kaul Shine As SRH Win V/s DD: An excellent last over from speedster Siddharth Kaul, ensured that SRH won their clash against rivals DD by 15 runs. Kaul finished his magnificent spell of four overs scalping 1 wicket. Batting first, SRH notched up 191-4 in their 20 overs as star player and Man of the Match, Kane Williamson scored a mammoth 89 in 51 deliveries, while Shikhar Dhawan scored 70. Chris Morris picked up 4 wickets for DD. In reply, Delhi started off well and were comfortably placed at the end of 9 overs. Yuvraj Singh came into the attack and turned the game around snapping Rishab Pant’s wicket. Shreyas Iyer got to his half century but could not take his team home, ending their innings with 176-5.

Bhuvi-Siddharth Strike For SRH: Stellar performances from Bhuvneshwar Kumar, picking up 5-19 in his four over spell and Siddharth Kaul scalping 1-26 in his 3.4 overs spell, helped SRH win by 5 runs. Spot on during the death overs, once again Siddharth struck for his team when given the ball. Batting first SRH put up 159-6 in 20 overs, courtesy a great knock of 70 from skipper David Warner. On the other hand Manan Vohra was the sole batsman who fought till the end for Punjab, scoring a massive 95, smashing 9 fours and 5 sixes. Bhuvneshwar Kumar was awarded the Man of the Match.

Rohan Bopanna And Pablo Cuevas Move Into Second Round: The winning pair of Rohan Bopanna and Pablo Cuevas won against rivals Marcin Matkowski and Alexander Peya 6-3, 6-7 (7), 10-2 in the opening round of the Monte-Carlo Rolex Master. They will now face fifth seeds Raven Klaasen of South Africa and Rajeev Ram of America.