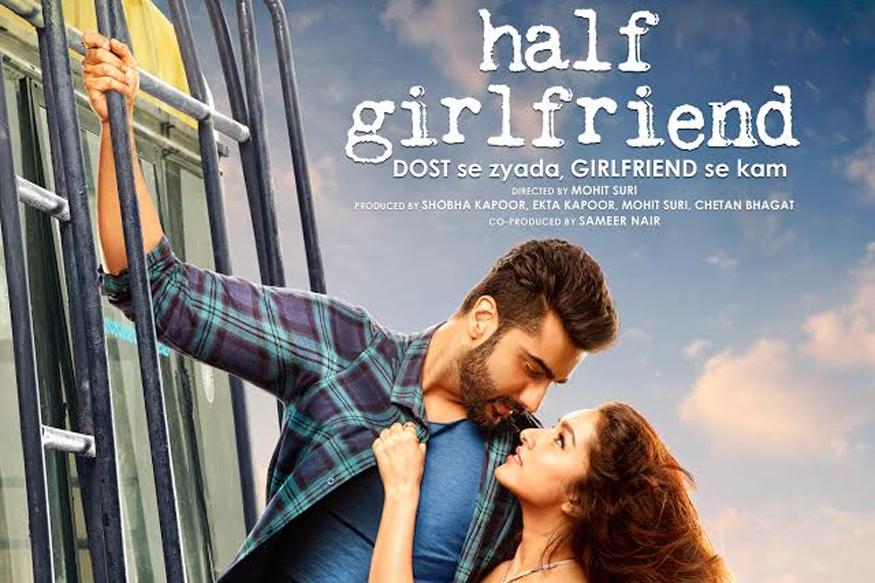 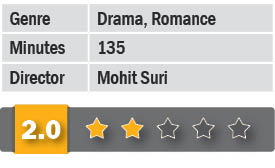 Not all books (however enthralling they may be) need to be translated into cinematic versions and Half Girlfriend — whatever that means to Mr. Bhagat — certainly needn’t have.

The opening frames of the film show a desolated Madhav having been left high and dry by his not–yet–quantified girlfriend. Rewind to flashbacks — Madhav Jha (Arjun Kapoor), a rustic lad from Simrao, Bihar manages to gain admission to Delhi’s elite St.Stephen’s College (without even the proverbial smattering of English on a sports quota, on the basis of his basketball skills.  He’s thunderstruck by wealthy Riya Somani’s (Shraddha Kapoor) cute looks — or was it her sports wardrobe? …while she too is dribbling on the college basketball court.

Coming from a broken home, Riya seeks solace in either perching herself atop India Gate (security in the National Capital be damned) or strumming the guitar and singing a halftrack ‘Stay a Little Longer’. On the basis of these few lines, she dreams of singing in the New York pubs. Halfway through the film comes the inevitable twist in the plot (not having read the book, I have no way of knowing how true the film stays to the print form).

Madhav’s infatuation with Riya attracts hers, and the film’s defining statement ‘main tumhari girlfriend nahi; but I can be your half girlfriend,’ leaving the viewers as, if not more, bewildered as Madhav. The latter’s premature, over-zealous physical overtures cause Riya to go her own way, leaving our halfwit hero shattered and seeking philanthropic help from the ‘world’s richest man’ (an absurd, superimposed face of Bill Gates on another mans body).

The droopy-eyed Arjun Kapoor does nothing of note to make this ‘dramatized adaptation’ of the book a worthy watch. Nor does Shraddha’s comeliness translate to histrionics on screen.  Vikrant Massey, as Madhav’s friend Shailesh, who spurs him on towards bedding Riya and then providing sanctuary to him in New York, as well as Seema Biswas as Madhav’s mother from a royal lineage are good. But the saving grace of the film is the songs — most of the Hindi ones are certainly worth a one-time hearing.  The film suffers from more than a few flaws — the chemistry between the lead pair is almost non-existent, the sub-plots are implausible and the film’s basic premise to invest the main character with a sense of naivety with a staple diet of Bihari Hindi, while his counterpart, her father and suitor, babble away in OTT accented King’s English.

Not having heeded the lyrics ‘Stay a Little Longer’,  I trooped out in the end wishing Half Girlfriend would have been better off confined to bookstores.