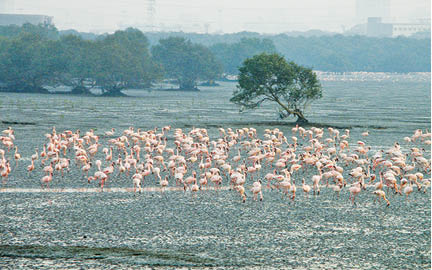 Sewri Mangrove Park: Located along the eastern edge of South Mumbai, the Sewri Mangrove Park comprises 15 acres of mangroves in the mudflats between Sewri and Trombay and was declared a protected area by the Bombay Port Trust on 15th January, 1996. Over seven species of mangroves and twenty species of birds including the Flamingo, Common Kingfisher, Little Egret, Black-Tailed Godwit, Black and Brown-Headed Gull, Red and Green Shanks and Brahminy Kite are found here. 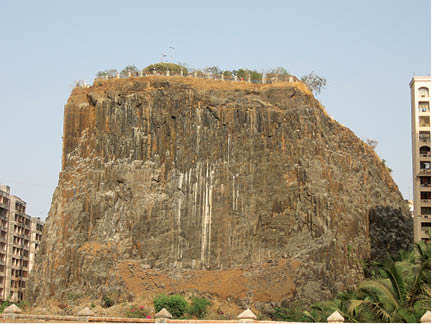 Gilbert Hill: Situated at Andheri, Mumbai, Gilbert Hill is a 200 ft rare and unique volcanic structure, made of black basalt rock columns that were a result of molten lava that got squeezed from the Earth’s clefts about 66 million years ago! Declared a National Park in 1952 by the Central Govt under the Forest Act, Gilbert Hill houses two Hindu temples – Gaodevi and Durgamata – set in a small garden, and accessible by a steep staircase carved into the rock.