Parsi Times wishes all our Kadmi readers a hearty Sal Mubarak! May the New Year bring in unity, peace, prosperity, happiness and unending smiles through the new orbit for us all!

As a community we may be small in number, but, always ready and big on celebrations! For a ‘True Blue Bawaji’ everyday is a celebration and every event or occasion is an excuse to feast. But, some days are extra special and call for extra celebrations. Take for example our birthday – celebrating just one is not enough! We celebrate what we like to call our ‘Roj nu Birthday’ and also our regular Birthday by date! And, when it comes to New Years it’s a year round bonanza. We celebrate three of our own (Jamshedi Navroz on 21st March, the Kadmi New Year and the Shehenshahi New Year) and add to that, the universal, 1st January and also the saganvantu (auspicious) Hindu New Year after Diwali!!

But, who or what is Shehenshahi and, who or what in Ahura Mazda’s name, is a Kadmi? Are they not both Zoroastrian? When and how did these two sects within the community emerge? The root of this division goes back in history to our calendar. Hence, first let’s understand our Zoroastrian calendar – it dates back to the coronation of the last Zoroastrian King (Yezdazard III) of Zoroastrian (Sassanian dynasty) Iran. Thus, when we say that currently the year is 1386 YZ, it means 1,386 years ago our last monarch Yezdazard Shariyar or Yezdazard III ascended the throne of Iran. 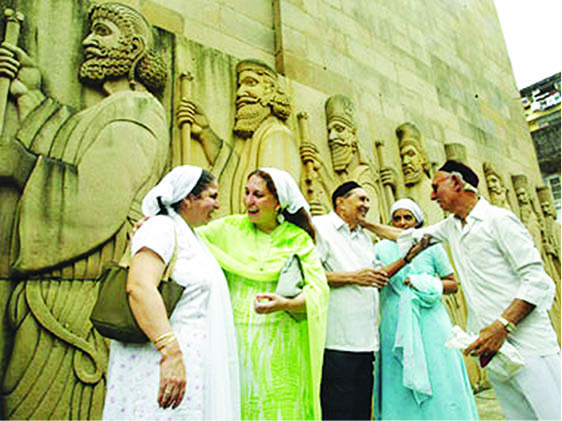 Since Zoroastrians traditionally do not add a leap year, the New Year slips by a day, every four years. The Zoroastrian tradition in ancient Iran was to add a whole month of thirty days, every 120 years, to keep the calendar in tune with Nature and the seasons. The Zoroastrians who stayed back in the province of Yazd in Iran discontinued this tradition after the fall of the Sassanian Empire and even the Parsis who came to India (from the province of Khorasan) intercalated a month only once after their arrival in India. This explains the difference of one month between the Kadmi (ancient) calendar followed by some Iranian Zoroastrians and some Parsis of Gujarat and the Shehanshai (Imperial) calendar, followed by the majority of Parsis in India.

Of course, the community also celebrates Jamshedi Navroz as ‘Nature’s New Year’ on or around 21st March since it also marks the spring equinox. The Fasli (Fasal = seasonal) calendar was introduced in India by the renowned scholar K R Cama around the beginning of the twentieth century with 21st March as the New Year and adding an extra day every four years called Ruz-i-Vahizak. It has never gained much popularity in India. However, the community in Iran and the USA has largely embraced it.

The Kadmi movement emerged in eighteenth century India mainly over disagreements among priests whether to adjust the one-month discrepancy between the calendars of the Indian Zoroastrian (Parsi) and the Iranian Zoroastrian (Irani) communities. The Kadmis considered the Irani calendar as ‘Kadim’ or old and therefore original, while most Parsis, who did not change their Imperial calendar (followed from the time of Yazdazard III) came to be known as Shehenshahis. The fact remained that both were going wrong!

The Shehenshahis and Kadimis are generally in agreement with regard to Zoroastrian theology and doctrines, and there are not any social or religious restrictions between the two sects. However, there are a few minor differences in their rituals, apart from the different calendars and the subsequent discrepancies between their festivals.

In the Khordeh Avesta, Shehenshahis and Kadimis use different opening and closing phrases for most prayers. In the Ahem and Yatha prayers, the Shenshahis say ‘vohu’ and ‘ahu’ whereas the Kadmis say ‘vahi’ (or ‘Vohi’) and ‘ahi’. There are also minor differences in other rituals, such as the Afringan, Ijashne and the Boi at the change of the gah. Navjote, marriages and death ceremonies too, are conducted slightly differently.

Ancient, imperial or seasonal, it’s yet another excuse to feast and celebrate. Let’s not be embarrassed that we have three New Years.  Let’s celebrate the fact that we are thrice blessed!