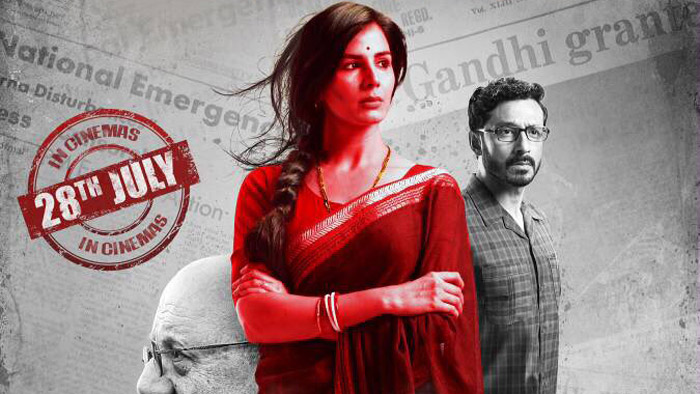 First, the title – an astute ploy by director Bhandarkar to bear out part of the lengthy disclaimer that Indu Sarkar is a work of fiction. This, despite the director, who’s also co-scripted the film, going on record to say that “The film is 70% fiction and 30% documented fact”.

Indu Sarkar – a pun of sorts on the former Prime Minister’s government, as well as the name of the protagonist – is a speech-impaired young woman (Kirti Kulhari) yearning to be a model housewife and who ghostwrites poetry for ministers to orate with aplomb – an aptitude she reclaims later. She gets married to Naveen Sarkar (Tota Roychowdhury), a high-ranking bureaucrat who aspires to reap the benefits of the emergency. His stammering wife has other thoughts though. 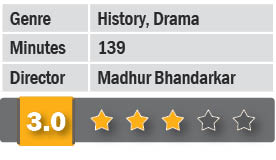 Madhur Bhandarkar, after helming films such as Fashion, Page 3, Heroine – ostensibly taking advantage of a favorable government – has changed tracks to make a socio-political film on the horrors of the 19-month period from June 1975 to January 1977.

Parallels abound: Forced vasectomies, razing of hutments to make way for 5-star hotels, gagging of the press, references to MISA, banning Kishore Kumar’s songs, and the High Command (Indira Gandhi – who deserves barely a couple of seconds’ screen time towards the end in the form of Supriya Vinod). And the allusions to Jayprakash Narayan (Anupam Kher as Nanaji), the chief’s secretary, Farzana (which was Rukhsana Sultana) and his coterie, Jagdish Tytler, Kamal Nath etc. And then, the chief himself, Sanjay Gandhi (meticulously played by Neil Nitin Mukesh in an underwritten role).

It’s a praiseworthy effort by Bhandarkar, although the aftermath of ‘Kissa Kursi Ka’ seemed to be lurking at the back of his mind. It’s clearly Kirti Kulhari’s film all the way, with Roychowdhury lending admirable support. Veteran, Amar Mohile’s background score clearly seems inspired by RD Burman’s tunes. ‘Yeh pal’ has been mellifluously crooned by Amruta Fadnavis (the Chief Minister’s wife) in the opening scenes of the film.