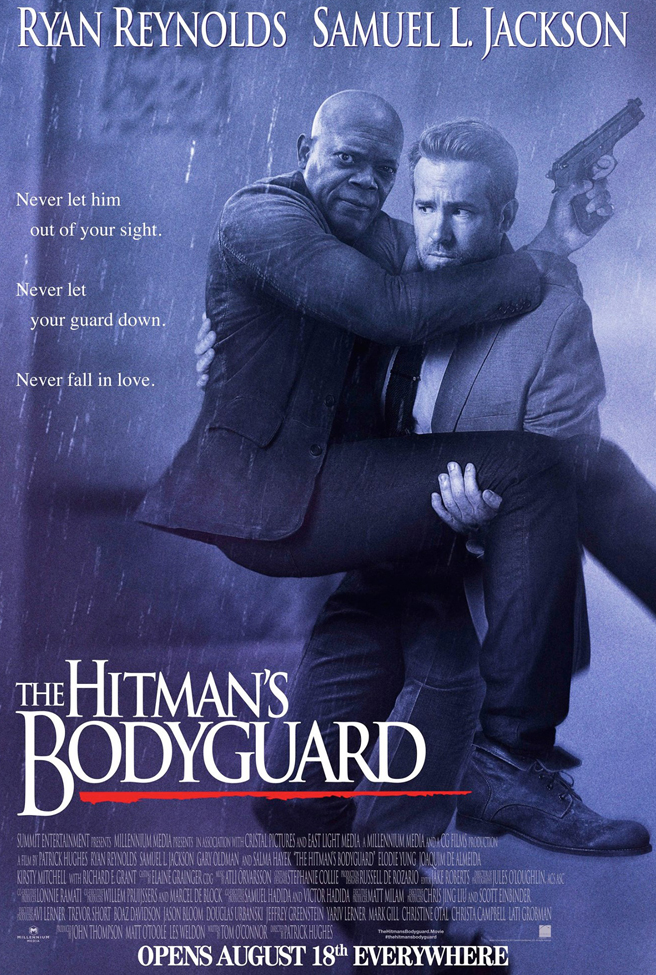 ‘The Hitman’s Bodyguard’ resembles the buddy films of the late 80s and early 90s — apart form the fact that the word ‘mother—–r’ is overused. The VFX too belongs to that era and to a large extent so does the script.

The film starts with an AAA-rated bodyguard Michael Bryce (Ryan Reynolds) failing to protect his Japanese ward Kurosawa (well, even the name is a throwback to the decades gone by!)  Downgraded to protecting shysters, he receives a call from his ex-flame, Interpol agent Amelia (Elodie Yung) for a high-profile job — to escort top assassin and key witness Darius Kincaid (Samuel L. Jackson) safely from the UK to the Hague in the Netherlands to testify against former Belarus dictator Vladislav Dukhovich (Gary Oldman), who is tried for genocide and crimes against humanity. 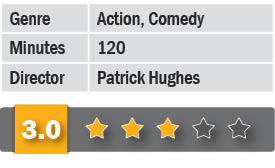 The 27-hour ordeal is supposedly fraught with danger as Dukhovich’s goons, placed at all possible street-corners, try their best to prevent the duo from reaching the International Court of Justice by the 5pm deadline. Of course, there is a reason behind Kincaid’s co-operation. But there’s one problem — he has killed more than 250 people and worse still, has made 28 attempts on Michael’s life.

A leak within Interpol stretches the 27-hour time frame to within a handful of seconds of the 5pm deadline and director Hughes (The Expendables 3) ups the action quotient and writer Tom O’ Connor tries valiantly to raise the bar in the repartees between Reynolds and Jackson. The ‘walk the talk’ banter between the two is, at times, welcome but it also serves to slow down the pace of the film.

Kincaid’s wife Sonia (Salma Hayek in an underwritten role) provides the glamour quotient while matching her husband’s propensity for the cuss words. The post-interval car-boat–bike chase along the canals of Amsterdam is easily the highpoint of the action sequences. Samuel Jackson’s trademark guffaw and sardonic wit matches the cool self-possessed demeanor of Ryan Reynolds. And as Kincaid cynically asks Michael ‘who is more wicked, he who kills evil motherf—-s, or he who protects them’?