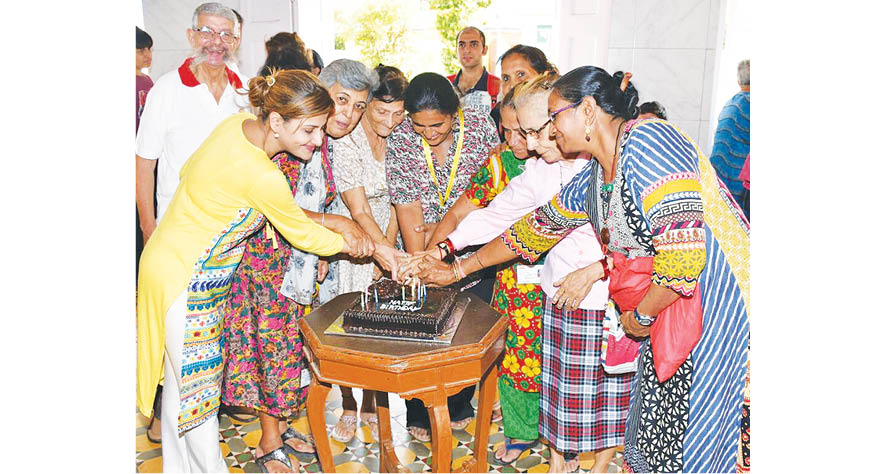 Known to spearhead smiles among the lesser privileged of our community, Zoroastrian Trust Funds of India (ZTFI) was once again at the forefront of sharing happiness, bringing in the auspicious Parsi New Year amidst much celebrations, fanfare and philanthropy. ZTFI’s Feed-A-Family Program has been growing in popularity since its inception, but the Program’s ‘New Year Special’ event organized on 12th August, 2017 at Cama Baug in Mumbai, took the merriment to another level!

The attendees reveled in the exuberant, festive atmosphere – arranged by dynamic ZTFI Trustee, Yasmin Mistry. There were fun games played, including Housie – always a big hit with all; and stepping it up, the beneficiaries came forward to sing classic Bollywood numbers, making it a special eve of musical reminisce. This was followed by the much looked forward to the monthly cake cutting ceremony, which celebrates the birthdays of all within the month, in this case, August.

The event ended with Yasmin personally gifting sweet-boxes to all beneficiaries, saying “ZTFI passionately believes in and practices not just giving, but giving with heart and a sense of respect.” It was heart-warming to see a couple of first time volunteers, coming forward to assist in this noble act, along with the Committee Members who always make the event a success. ZTFI thanks Hussain Showqui of ‘Café Irani Chai’ for providing food at subsided prices for the beneficiaries. All in all, a beautiful end to a fun evening enjoyed by lovely people, cheering in a Happy New Year!