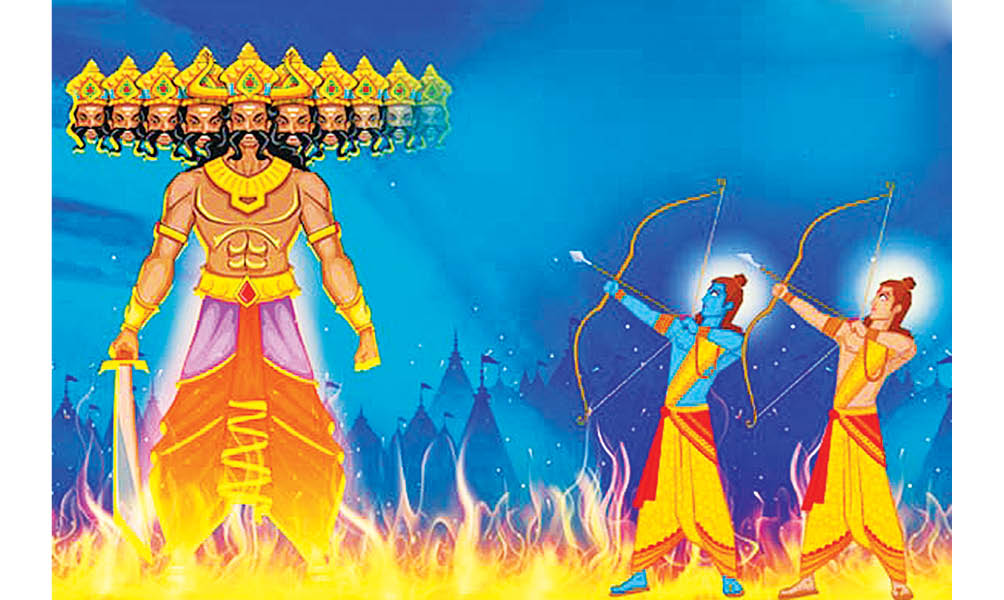 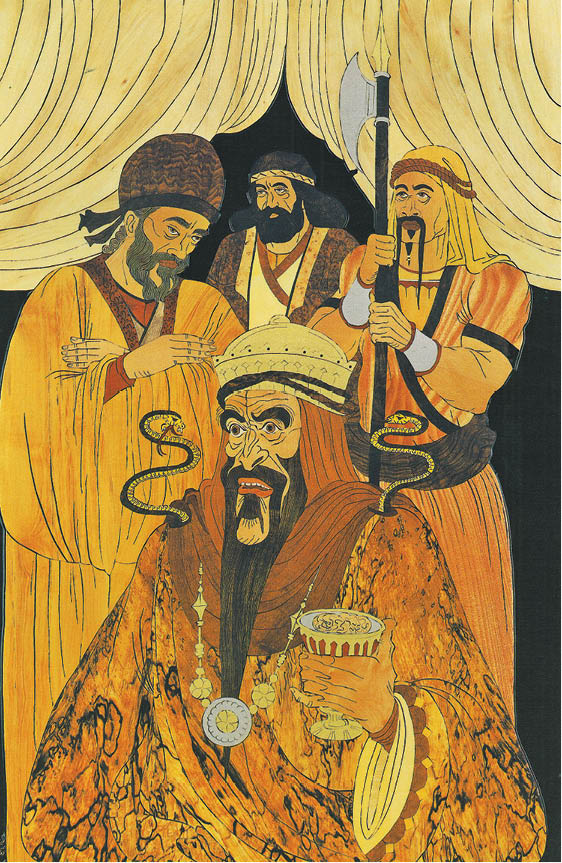 The Navratri (nine nights) festivity culminates in commemorating Dussehra on the tenth day. Dussehra also known as Dashahara, Dashain (in Nepal), Durgotsav (in East India), Navratri (in Western India), or Vijayadashmi (literally meaning victory on the tenth day) is one of the great Hindu festivals observed in the month of Ashwin and is celebrated in a variety of ways in India and countries where Hinduism is followed. The term Dussehra is derived from two words ‘Dus’ meaning ten and ‘Hara’ meaning defeat, symbolizing the slaying of the ten-headed demon king Ravana by Lord Rama, the seventh incarnation of Lord Vishnu. It is also celebrated to commemorate the victory of Goddess Durga over the buffalo demon Mahishasura.

Historically, the Dussehra festivities were initiated by the kings of Vijayanagar in the fifteenth Century and after the fall of Vijayanagar Kingdom, the Wodeyars of Mysore continued the Festival in the year 1610 at Srirangapatna. The year 2017 marks 417 years since the first Dussehra was celebrated by Raja Wodeyar.

Dussehra celebrates the victory of good over evil, a concept that every Zoroastrian resonates with. What’s more, the defeat of the ten-headed Ravana by Sri Ram would also find a relatively similar echo in the story of the defeat of Zohak or Azi dahak – the demon epitomizing ten evils of this world, by Shah Faredoon. There is much in common between Zohak (Azi dahak) and Ravana. Both were initially good and very intelligent and knowledgeable, but ego, greed, pride and vanity led to their downfall.

According to the Shahnameh (the book of kings authored by Firdousi Tusi) it was Iblis (Satan) who came to Zohak in the form of a chef and started to feed flesh food to Zohak who was so happy with the daily culinary delights that he wished to reward the chef. The chef in turn said that the best reward for him would be to kiss Zohak on both his shoulders. Zohak agreed and the moment the chef kissed him on both shoulders, two serpents like creatures sprung up and tormented Zohak day and night. Soon, Iblis returned in the form of a Hakim or doctor and told Zohak that the only way to pacify these creatures would be by offering them the brain of a young man every day. And, thus began the slaughter of innocent, young men every day.

Ultimately, like Sri Ram, Shah Faridoon was successful in overthrowing Zohak. Under the guidance of Sarosh Yazata, Faridoon did not kill Zohak (since the time had not come in Nature to do that) – instead he tied the evil one on Mount Daemavand. The day this event took place was Roj Meher of Mah Meher. Thus, was laid the foundation of the festival of Meherangan or the day when good triumphed over evil and the pious Faridoon liberated people from Zohak’s oppression and tyranny.

According to legend, Zohak who is the living embodiment of evil is still chained to that great spiritual mountain, Daemavand. It is said every night when the forces of evil gain strength the chains weaken. However, at the crack of dawn when the cock crows and the sun comes out the chains are again secured and the evil one is rendered powerless. This is an important truth in nature wrapped in an easy-to understand legend. We pray in the ‘Afreen-i-haft Ameshaspandan’; “Hamazor Daemavand koh ke dravand Bivarasp andar oye basta ested.” Be in accord/attuned with Daemavand Koh (mountain) (which has the power and) in which is enchained the demon – Bivarasp, the demon (with power) of ten thousand horses.

The effigy of Ravana is burnt once a year by devotees to symbolize the defeat of evil. However, Nature, through the light and energy of that great fire-ball in the sky which we call as the sun, symbolically defeats Zohak and the forces of darkness and evil every single day.

Where Ravana is concerned he was an ardent devotee of Shiva and highly learned. But, once again this demon king’s story is a reminder to all of us that merely being a devotee of God and acquiring knowledge is no qualification or guarantee for being good. Ravan was tutored by Brahma (the creator) and Mahabali – the same king for whom Vishnu’s Vaman Avatar was necessitated. As a part of his education Ravana was asked to get rid of ten vices in order to be a good king. These ten vices were: Anger, Pride, Jealousy, Gluttony, Negativity, Fear, Selfishness, Lust, Ambition and Vanity. However, Ravana argued that as a Rakshasha King he had the right to be angry at times, be arrogant about his stupendous achievements, jealousy was a natural emotion and in this manner, he justified all the ten vices. Ravana’s response infuriated Mahabali who felt he had committed a grave blunder in tutoring a demon king with ten heads of vice.

The ten vices of Ravana find an almost mirror reflection in the ten vices that Zohak epitomized. Every year devotees burn huge effigies of Ravana However, surprisingly, hundreds of people also risk their lives to collect the still-smoldering remnants of the effigy after it is burnt down, believing the souvenirs will protect them from various evils and misfortune. There are also some who believe that Ravana was a very learned person who had a lot of knowledge. He had studied all the Vedas and was a great devotee of Lord Shiva. Even Lord Rama asked his brother Laxmana to seek some learning from the demon king during his last moments. Therefore devotees keep the charred remnants of Ravana’s effigy to seek his blessings during difficult periods of their life.

It is said when Laxmana stood near the dying Ravana’s head, the latter refused to say anything. When Laxmana told Ram that Ravana was refusing to speak, Rama suggested that Laxmana should sit near the dying Ravana’s feet. Here, Rama was instructing his brother on a lesson in humility – Ravana was defeated and was awaiting his death, but, if his brother wished to learn something from Ravana he should humbly sit at the latter’s feet. Once vanquished even a dying demon is treated with honour and dignity. Such is India’s culture!

The wisdom that the dying Ravana imparted to Laxmana was simple. He said, “I was planning to build a bridge between earth and heaven, but, instead I strayed and chose to go the wrong path driven by my passion and vengeance, fueled by my anger and arrogance and only to feed my vanity and ego”.

The dying Ravana’s wisdom is so relevant for all of us and for all times. All of us are potentially good and have the power within us to bring heaven on earth. However, how often we stray from the path of truth and righteousness, frequently driven by vengeance, fueled by our anger and arrogance and only to feed our vanity and ego and in the process we destroy our own selves and so much that we have and can build on!