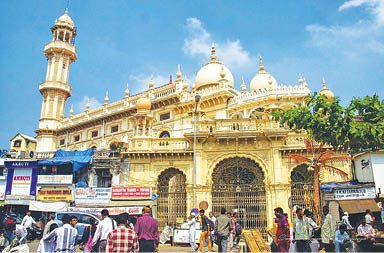 Lohar Chawl, in South Mumbai, is known for selling electrical goods. The market is dominated by Marwari and Bori business owners since the early 90’s and is considered to be the largest market for electrical goods in Mumbai, offering a variety of Indian and imported products. The Juma Masjid, a landmark in Lohar Chawl, is an ancient architectural structure that was built in 1802, with beautiful carving, art works and the marble stone work. 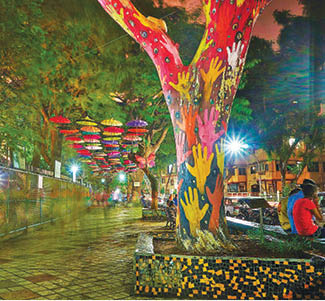 Shivaji Park, created in 1925 by the Bombay Municipal Corporation pre-independence, is Mumbai’s largest public park, carrying great historical and cultural value because of numerous socio-political gatherings during pre and post-independence – the most recent being a memorial torch commemorating the former Shiv Sena leader, Bal Thackeray. It’s one of the few parks in Mumbai that has an open aired gymnasium, along with tree art and colourfully hoisted umbrellas that turn the walk-path into a ‘selfie’ attraction.