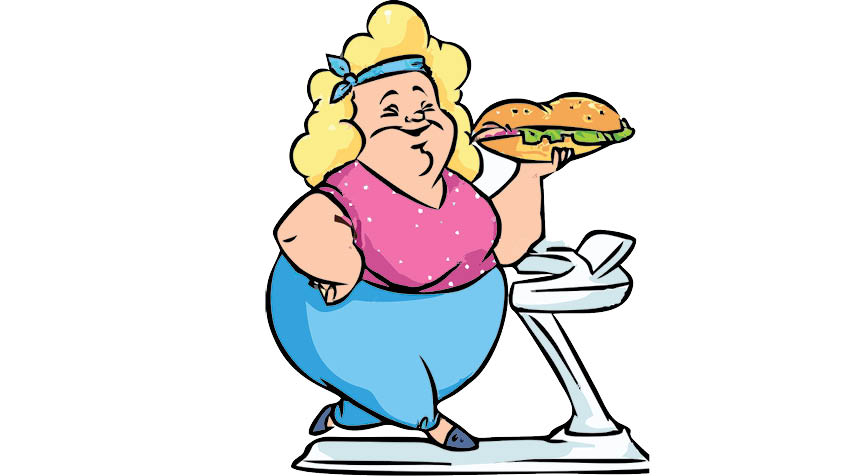 Meherbai had gone overboard with deliciously rich and sinfully calorie-loaded goodies during the Navroze season. On Independence Day, she went to the Parsi Gymkhana for the flag-hoisting and had a huge breakfast. It was also her friend Ketayun’s birthday-dinner that night and she went crazy with the desserts. Also, it was their friends – Bomi and Silla’s wedding anniversary, so she and Merwanji attended their Anniversary Buffet-lunch at a five star hotel. It was indeed tragic – India gained its independence on 15th August, but poor Bomi lost his own freedom the same day, so he and his close male-friends observed a two minutes silence!!

In the days to follow, there were various parties with rich asli-ghee thalis for Raksha Bandhan and Janmashtami. The result? Meherbai had put on five kilos! Meaning? Instant depression. Remedy? Micky Mehta – after reading him on page 80 of Parsi Time’s Navroze Issue. “Merwanji, I want to evolve and go to Marine Drive and do ‘Yoga by the Bay’ with Micky Mehta. In short, I want to get ‘Mickeymized’, i.e. Become slim, lose some weight and improve mentally, physically and spiritually, as lots of people are doing these days,” said Meherbai.

Merwanji: Don’t waste Micky Mehta’s time and my money. You are aware that you have tried everything and failed because you eat like a greedy gob – the best diet in the world is Mohna Par Taroo. In short, a lock on your mouth! You women are never happy with your height, weight or fairness. All you women do when you meet other females is to discuss weight-loss while gorging on pakodas! What have you not tried Meher, my darling?

Merwanji: You women! All Akkal Na Dushman!  So gullible. Look at Soonamai’s Sauna Baths! With all the heat and sweating, she does loose some negligible weight but the moment she consumes any liquid, the water-loss comes back. Look at Mahrukh Malido! She kept a malishwali and after a month– Did Marukh lose weight and slim down? Aarey Nahin Re! The malishwali lost weight and slimmed down. Malish is a passive thing like a vibrator-belt or a rolling -machine wherein the only energy used is the electricity which moves the machine.

Meherbai: Dinamai is on diuretics – now she will slim down and look better than me and I’ll hate her for that!

Merwanji: Worry not my Jaan! Diuretics merely remove the water from your body and that too, temporarily. You see, the problem is FAT (Charbi) and not water. Anything that is artificial or unnatural like Vitamin B6 pills or ‘ fat blockers’ is very dangerous to the delicate human system. Even NO CARBS or NO SALT is dangerous because without salt, you’ll get dehydrated and without carbs, where will you get your energy from? In any drastic diet, your face will lose its charm and you’ll look old and haggard! Then, Tahra bhakra jeva gaal par hoo kiss kem karas?

Merwanji: To win the battle of the bulge, eat less than me because male metabolism is higher than females.

Merwanji: That’s called portion-control. Also, cut down on sugary, fatty, oily and fried foods. Don’t take second helpings – you take three to four helpings at buffets. Most importantly, increase your activity in every way you can and further never have any of these so-called ‘zero-calorie’ drinks or any ‘diet-food’.

That evening, Meherbai got so inspired by Micky’s photo in PT hugging a tree that she too hugged the huge tree in Cusrow Baug  only to get bitten all over her face by red ants followed by a crow’s good-luck on her head. In spite of all the sensible advice from her hubby, Meherbai sneaked behind his back and arranged to attend the Yoga exercises that Micky conducts at Marine Drive on Sunday mornings. Come Sunday, Meherbai and Merwanji landed at Marine Drive a full half-hour before the scheduled time. Meherbai saw a Narialwala and had three coconuts – Sojja-paniwala, patla malaiwala! She sat next to Micky as soon as she saw some press photographers but hai re kismat!  Afsos!! All the Narial-pani wanted to come out, so she dashed to the nearest Shauchalay! When she returned, another Afsos!  All the photographs were clicked and the press photographers had left.

Sorry folks!  That was a sad ending! What to do? Life’s like that. – Kabhi Khushi, Kabhi Gham and as for the weight, Kabhi Jyada, Kabhi Kam!!