Mahatma Gandhi’s birthday or Gandhi Jayanti is celebrated every year on 2nd October. This year it will be his 148th. As Father Of The Nation, Gandhiji is immortalized for his leadership in India’s freedom struggle. However, very few are aware of the contributions of the Parsi community to Gandhiji’s struggle for India’s Independence… 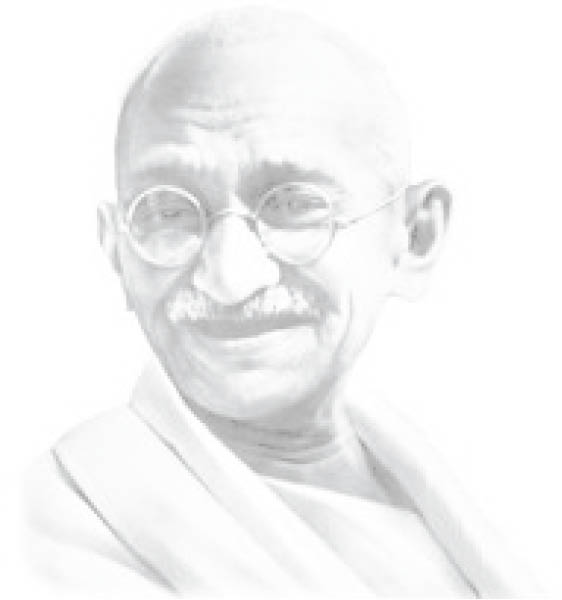 Dadabhai Naoroji
On 4th September 1888, Gandhi sailed from Bombay to London with three letters of introduction. One of them was written by a noted Maharashtrian medical practitioner introducing the then relatively unknown Gandhi to the Grand Old Man of India. Gandhi was so much in awe of Dadabhai that he felt uncomfortable approaching him without a letter of introduction. The good doctor however told him, “You need no introduction to him. Your being an Indian is sufficient introduction. But you are a youngster, unraveled and timid. This letter will give you courage enough to go to the Grand Old Man”.

Later Gandhi acknowledged, “I soon found that Indian students had free access to the Grand Old Man at all hours of the day. Indeed, he was in the place of father to every one of them, no matter to which province or religion they belonged.” Dadabhai was a regular source of advice and inspiration to Gandhi, particularly when the latter was in South Africa. They exchanged hand written letters almost every week. Gandhi was candid enough to say, “I have always been a hero-worshipper and Dadabhai became real Dada to me.”

In one of Gandhiji’s letters to Dadabhai he wrote, “I am yet inexperienced and young and therefore prone to make mistakes.” He said that the responsibility that he had undertaken was out of proportion to his ability. However, he said that just as Dadabhai was fighting for the rights of Indians in England, he was fighting for the rights of Indians in South Africa, and in this he requested Dadabhai to kindly guide and advise him and make suggestions, which Gandhiji said, he would follow as advice coming from a father to a son.

According to R P Masani, Gandhi is “the apostolic heir and successor to the place occupied by Dadabhai in the heart of the people of India.” Coincidentally in South Mumbai, Mahatma Gandhi or MG Road begins where Dadabhai Naoroji or DN Road ends. Indeed, the true test of a leader is that he leaves behind him in other men the conviction and will to carry on.

Parsee Rustomjee (Ghorkhodoo)
Parsee Rustomjee was the first friend that Mahatma Gandhi made when he was in South Africa. Rustomjee was a founder member of Natal Indian Congress and it was this Parsi who gave shelter to the young Mohandas Gandhi on 13th January 1897, when he was attacked by a European mob in Durban. But for Rustomjee, Gandhi could have died in Durban. But, Gandhi had a destiny in and for India and Rustomjee played a crucial role in ensuring that, as one of the best supporters of South Africa Satyagraha during 1907 to 1914. As a revolutionary he was also sentenced to jail

Mithuben Petit and the Captain Sisters
Mithu Petit and the Captain Sisters — Perin, Goshi and Khurshid – were active in the freedom movement, and a great source of strength to Gandhi. Born on 11 April 1892, Mithu was the daughter of the affluent Sir Dinshaw Maneckji Petit, well-known industrialist of his time. Young Mithu was influenced by her maternal aunt who was a follower of Gandhi, and Secretary of the Rashtriya Stree Sabha.

Mithuben as she was called by Gandhi, along with Kasturba Gandhi and Sarojini Naidu, played a major part in the Salt March with Kasturba Gandhi beginning the march at Sabarmati, with Sarojini Naidu picking up the salt for the first time at Dandi on 6th April, 1930 and Mithuben standing in support right behind Gandhi.
The march was one of the most important events in the Indian independence movement. Mithuben also participated in the Bardoli Satyagraha of 1928 which was a no-tax campaign against the British Raj where she worked under the guidance of Sardar Patel.

Mithu also set up an ashram in Maroli called Kasturba Vanat Shala which taught underprivileged children from families of Adivasis, Harijans and fisher folk, spinning, carding, weaving, dairy farming, leather-work and a Diploma Course in Sewing, to make the women self-sufficient. She also established a hospital by the same name for the treatment of mentally ill patients.

Ardeshir Godrej
In 1926 Ardeshir Godrej, one of the founders of the Godrej Group, contributed a sum of three lakhs rupees for the uplift of Harijans (considered untouchables at the time). This was a time when donations of such scale were unheard of. Mahatma Gandhi acknowledged this donation as the largest contribution to that cause and a particularly important one for him.

Excerpts from Gandhiji’s addressed to the Parsis (published in Young India dated 23-3-1921)
Apart from your being fellow-countrymen, I am bound to you by many sacred ties. Dadabhai (Dadabhai Naoroji) was the first patriot to inspire me. He was my guide and helper when I did not know any other leader. It was to him that I bore, when yet a boy, a letter of introduction.

It was the late uncrowned king of Bombay, Sir Pherozeshah Mehta who led me in 1896 and showed me the way to work. It was he who, (when I wanted battle a Political Agent as far back as 1892), restrained my youthful ardour and taught me the first practical lesson in ahimsa in public life. He taught me not to resent personal wrongs if I would serve India.

A Parsi merchant in Durban, Rustomjee Ghorkhodoo, was among my most valued clients and friends in South Africa. He gave freely to public causes, and he and his brave son were the first among my fellow prisoners. He gave me shelter when I was lynched, and now, too, he is following the swaraj movement with considerable interest and has just donated Rs. 40,000/- to it.

In my humble opinion, probably the first woman in India today is a Parsi woman (presumably Gandhiji refers to Mrs. Jaijee Petit, wife of Jehangir Bomanjee Petit) gentle as a lamb, with a heart that holds the whole of humanity. To have her friendship is the rarest privilege of life.”

Such was the influence that Parsis had on Gandhi!

Little wonder, he is believed to have said about the Parsis, “In numbers Parsis are beneath contempt, but in contribution, beyond compare!”