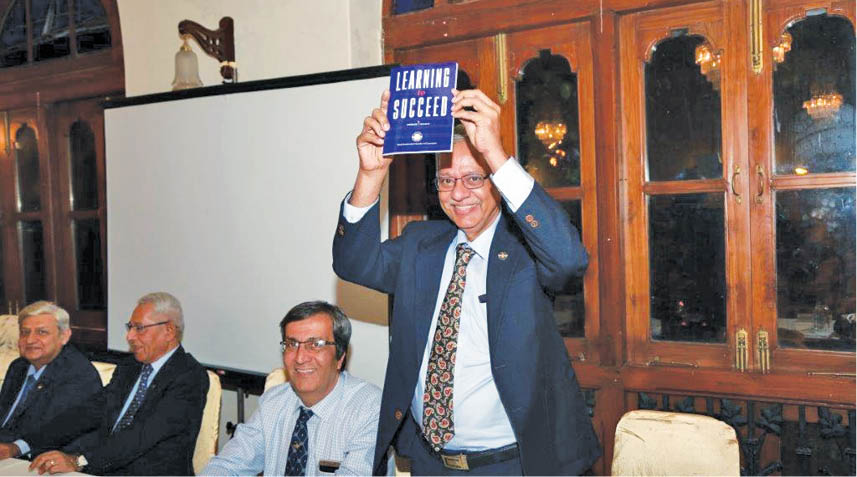 Capt. Master spoke of WZCC’s efforts and progress over the years. After completion of statutory formalities, Chapters in Mumbai, Pune and Bangalore presented details of their activities, while Adi Siganporia, Chairman of Mumbai Chapter gave a detailed account of the various events organized during the year and specifically mentioned the enthusiasm shown by our youth at the yearly Holiday Program for Youth (HPY). He also touched upon the informative and interesting programs conducted by WZCC’s Global Vice-President, Yazdi Tantra and WZCC’s Mumbai Chapter Vice-Chairman, Xerxes Dastur.

Presenting the Pune Chapter, Chairperson Mahrukh Bharucha recounted success and expressed her regret about the Pune Committee having to dissolve as its term had ended. The newly established Bangalore Chapter was well represented by its Chairman, Air Chief Marshall (Retd.) Fali Major. He explained their efforts towards organizing the Global Annual General Meeting in Bangalore.

Hon. Secretary, ‘WE’ Wing, Percis Dubash spoke of the field visit to Mustang Socks Factory in Palghar and appreciated the efforts of Naazneen Katrak. The audience was then regaled by Management Consultant, Coach and Founder of Mustard Seed Training and Assessment Systems, Anil Thomas who spoke of how the need to give and not just ‘get’ was a strong Parsi characteristic.

The Guest of Honour, Consul and Trade Commissioner of Canada, Tara Scheurwater spoke of Indo-Candian trade and culture related activities and presented the ‘Outstanding Zarathushti Professional of the Year 2016’ award to Dr. Arnavaz Havewalla, who was unable to attend the WZCC awards ceremony held in Hong Kong last year.

Scheurwater and Yazdi Tantra launched the book, ‘Learning to Succeed’ authored by P P Kharas, the proceeds of which were donated to WZCC. Adi Siganporia concluded the event by proposing the vote of thanks to all, especially, WZCC’s Life member, Jamshed Mistry, for his contribution towards the progress of WZCC. The function ended with dinner.