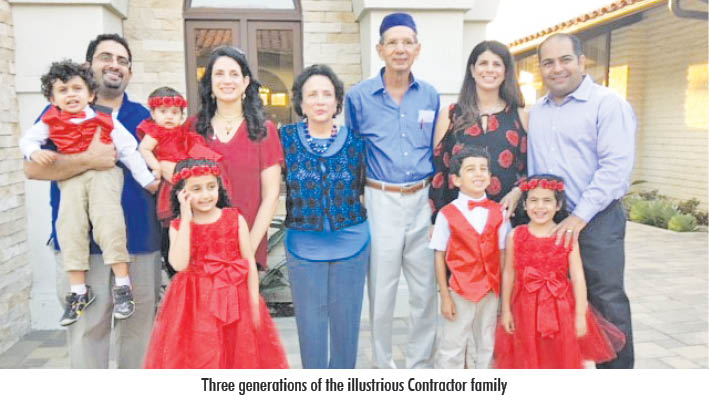 The Zoroastrian Association of California (ZAC) commemorated the 100th death anniversary of Dr. Minocher Contractor with an ‘Ayathrem Gambhar’, organized on 14th October, 2017. Known for his exemplary services as a physician, freedom fighter and Trustee of the Surat Parsee Punchayat, who also founded the Surat Parsee Pragati Mandal (which recently celebrated its 72nd anniversary and yet has a yearly fee of one rupee), Contractor’s great grandchildren commenced the event with a jasan performed by Zarrir, Zerkxis Bhandara and Dr. Khushro Unwalla, followed by a brief talk on the importance of celebrating gambhars by Zarrir. Dr. Farhad Contractor spoke of his illustrious father, followed by a summation by his daughter, Dr. Laila. The celebration concluded with dinner and chasni and desserts arranged by family and friends for the hundred and sixty attendees. The celebration will continue in his hometown, Surat with a gambhar for over 1000
people.