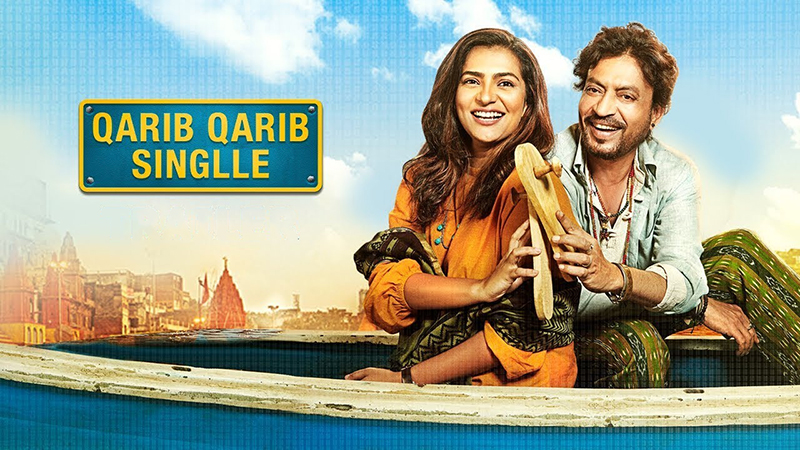 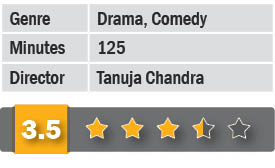 Who says that road trip movies are the exclusive domain of Hollywood?
Prodded on by her friend to have a try at dating websites, Jaya (Malayalam actress Parvathy) pairs up with Yogi (Irrfan Khan) on a trip which takes them across Rishikesh, Rajasthan and Gangtok, culminating in a settled relationship between the two.
Jaya is a 35-year-old widow (veedo, as she pronounces, for whom her work as an insurance professional is passion. Yogi is a 40-year-old poet (but without a backstory — he travels in a chauffeured Merc without any plausible means of income) with three failed relationships—yet, he claims, is still adored by all the three women.
Both are poles apart —he, the garrulous one (his clothes too reflect his personality), and she, the withdrawn one who’s close to her brother.
Reportedly based on a play Tanuja Choora’s mother had written, the director and co-writer has helmed a deliciously witty film that takes you into  the heartland of mature romance.
Initially sceptical and distrustful of Yogi’s claims, Jaya lets herself be led around the countryside, but on her terms. Amidst some hilarious dialogues  and one-liners (credited to Gazal Dhaliwal) mouthed by Irrfan, who shows a perfect sense of timing, QQS is a quirky romcom that blows hot one moment and cold the other.
20 years after she wrote ‘Dil To Pagal Hai’, Chandra gives a further  boost to Irrfan’s career after ‘Hindi Medium’ earlier this year. The first half is tidy and sets up the film well. The second half, on the other hand, seems a bit laboured.
Neha Dhupia as Anjali-turned- Angelina Jolie appears in a cameo, while the film mainly serves to showcase the brilliance of Irrfan as well as Bollywood newbie Parvathy. The cinematography  of Eeshit Narain is above average especially in the  Gangtok scenes, while the costume design of Kirti Kolwankar gives both the protagonists the perfect mature look.