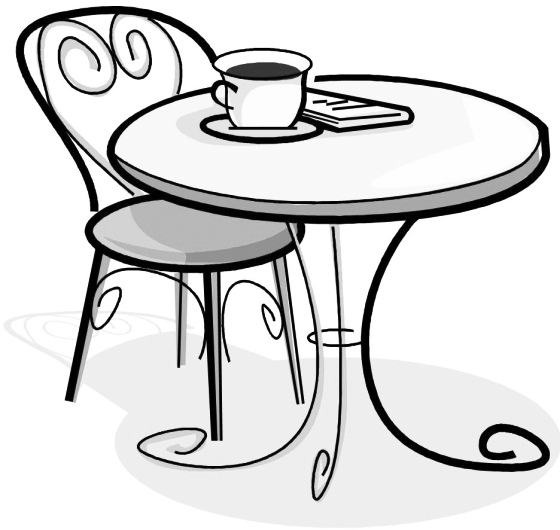 There are two types of Parsis – those who love tea and those who love coffee. Kekoo Coffeewala, more popularly known as Kekoo-Kalingar (Watermelon) loved coffee since childhood. His psychiatrist knew that Kekoo’s coffee-mania went back to his embryo-stage since his mother Ketayun had an urge for this beverage throughout the nine months she carried him. When Kekoo was weaned away from mother’s milk, he was given coffee in the feeding bottle. When Ketayun got her darling Dikro married, it was to a girl who loved coffee.

When a posh Coffee Shop opened in Colaba, there was ‘hangama’ in Kekoo’s house as though the circus had come to town! Kekoo and the two women in his life did  bhagam-bhaag as if they were catching a movie on the first day, first show and beat all the neighbours and friends in Colaba to make it to the new Mecca for a caffeine-fix !

“This will make our lives a little easier,” said mother-bear. At home, becharo Kekoo had to roast coffee-beans, put them in a grinder, so wifey-bear could brew a perfect mug for the overgrown baby-bear! Mind you, all this in the era of instant coffee, bolstered by milk and sugar. At the coffee shop, mummy darling selected a table after changing her mind thrice. Like Goldilocks, Ketayun said one table was too big, the other too small and the third just right with “Aai Majheni Chey!”

She went up to the service counter and ordered the guy there like a Roman Triumvirate, “Teen Coffee mangta. Ekdum first-class. Hum log ghar mein  banata vaisa.” God knows what happened for the next five minutes of Tu-Tu, Main-Main, but Ketayun returned to the table in a huff saying, “That fellow is mat. Put him in a Mat-House! Kai-bi samji nathi marto aney pottanooj bakya karej!” “Not Mat, it’s Mad. Mummy you are pronouncing it wrong.”

“Aarey, to hell with that as long as you know that he is a GHELO!”

So after pacifying Mommy dearest, Kekoo went to the counter where he was asked if he wanted three blacks.

Salesperson: No sir, it is an Italian Coffee like Cappuccino. Or would you prefer Frappuccino?

Salesperson: Or sir, would you rather have Expresso?

Salesperson  : No sir. Or would you prefer Machiatto?

The salesperson persisted by asking Kekoo about Mocha and Frappe and Kekoo had had enough. He went back to the table requesting his convent-educated wife to bring three coffees since he couldn’t understand head nor tail of what that Salo Pagal was saying.  Ja, tu select kar and later, mummy will give the order. (Mum was very good, no – excellent in giving orders round the house).

The wife selected Expresso and Maijee went once more to the counter, “Arrey suno. Teen achcha vala Expresso Banao. Garam Garam. Chal Jaldi Kar.” The salesperson asked her if she wanted them black, milky, with or without sugar and if its’ sugary, will it be white or demarara.

“No Madam. Brown coloured sugar and what about a dollop of cream and do you want them in small, medium or large Cup size?

Maiji: Muo Mavali! What have you to do with my cup size? Tumare ghar mein Ma-Bahen hai ki nahin?

Extremely offended, she returned to the table, saying, “First the Mavali asks me a hundred questions as if I’m in the hot seat of  Kaun Banega Karorepati.  All difficult ones, mind you! Then the characterless fellow asks me my cup-size. Did he work in a hosiery shop previously? Ekdum besharam chey. Come on, get up. We know how to make our own coffees at home. Chalo, Chalo, Jaldi, Jaldi.”

Kekoo’s wife revolted, “No! Having come here, we must have coffees here only. I’ll bring them. Kekoo agreed, to which his mom called him Bairi No Margho for everyone to hear. To prevent further insult, Kekoo now sided with mom saying, “OK lets’ go home. I’ll make them.”

“Mai No Margho’  shouted the wife.

Ultimately, they all had coffees at home and lived happily ever after!